More Denunciations on Tap From BigCityLib

Denunciations, but first: congratulations to Jason Cherniak especially , for leading the witchhunt that managed to get young (19 year old) Thomas Hubert, the subject of this earlier post of mine , booted from the position of VP Communications for the BC Young Liberals for posing the question, in some rather heated language, of whether or not Canadian Jews are being selfish in asking the rest of us to look aside when Israel commits war-crimes, and to support Israel in any crazy, immoral war they wish to launch. While Stephane Dion, the man Jason supports for the Liberal Leadership, is making all sorts of innovative moves reaching out to constituencies which have not been traditionally Liberal, Jason himself is diligently policing the Progressive Blogosphere, laying the lumber on anyone who shows the least sign of political incorrectness. Mr. Dion must be thrilled that, while he is trying to increase the number of potential Liberal voters, Jason is trying to pare them down to just the right ones, based on who they support in wars half a world away.

And of course, TDS and Cerberus must share in the glory as well, and Witchfinder Warren Kinsella for making the whole exercise "not a Jewish thing".

Of course the BC Young Liberals must decide what to do for themselves, but if I were them I would refuse Thomas Hubert's resignation, and tell you four to blow it out your ass.

And here comes the Denunciations: 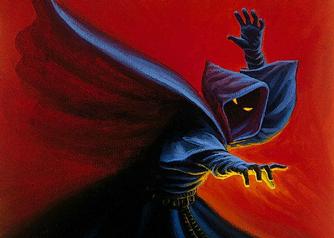 Jason Cherniak, Cereberus, dude from TDS, I CURSE YOU IN THE NAME OF Z'ROD!

OOOOOHH! It's the most fun in politics, isn't it, fellows, laying on the lash? And, again Jason, does Dion know what you're up to these days? I rather hope he gets you on a leash before you do too much damage.

Posted by bigcitylib at 6:39 PM

How were these comments not inappropriate?

They were inappropriate becaue they held a mirror up to the Big City Bigot and he didn't like what he saw. Better to smash the mirror, he thought.

Jason C went on a witch hunt "pure and simple".

It seems that being Jewish has blinkered his thinking.

There is always a risk that when you criticize Israel you get labelled "anti-semite" - that accusation overwrite any logic in argument.

Funny how this culture of fear imposed by Bush and Cie has been filtering down to Canada lately...

Israel is wrong, a rogue nation high on power. Instead of negotiating (as suggested by many) it preferred violence and lost face. Now you have Hasbara warriors waging another war...

Jason has found himself a new target - this time it's Martha Hall Findlay's Communications Director.

Um, where exactly do I go after the kid? Not that I think his comments weren't anti-semitic because they were, I just went after the MPs, not him.

I am thinking about this bit, Ted:

Meanwhile, we have a statement from Brison, who I thought was already clear on the general issue, on the young kid, Thomas Hubert (19 yrs), from the federal BC Young Liberals who got a little too loose with the tongue on a few blogs and ranted something horrible and, frankly, anti-semitic on Israel (and who, like Wrzesnewskyj, is a Kennedy supporter). [Update: Hubert has resigned.]

It isn't the worst example, so you're further down on my shit-list. I also note that you were more than happy to use the incident to score cheap political points against Kennedy.

And your name has been corrected.

First of all, as if you should talk with your ongoing rant against Ignatieff, but that's your chosen style.

Second of all, I wondered what Kennedy had to say about one of his big supporters making a big public statement like he did. Nothing Kennedy had said before that gave me any indication he either supported or rejected that view Hezbollah. Indeed, I made it explicit that I do not impute the views of one's supporters on the candidate. However I did think the high profile the "fact finding mission" got in all of the papers called for some clarification.

And as soon as Kennedy clarified, I put up his clarification. Gave him full credit and applauded him for his strong and unequivocal stand against Hezbollah and calling it a terrorist organization. That's the kind of leadership and clarity the party needs.

I frankly could care less if you "denounce" me or not. Take issue with my commentary all you want, defend your views on Hezbollah and Israel all you want (and now I'm quite interested to hear your views on Kennedy's statement). But please don't be so over-sensitive that you need to make up a cheap shot that doesn't exist.