I almost wasn't going to write about Wind Concerns Ontario's "refutation" of MPAC's study re the effects of wind turbines on property values.  However, the most interesting bit of it got rehashed in John Speer's story on the study this morning:

[Jane Wilson, of Wind Concerns Ontario]... pointed to an appendix in the MPAC report containing bar charts showing the relationship between property values and proximity to wind turbines.  She said the charts show that properties five kilometres or more from wind turbines generally have higher sale prices and assessments than those within five kilometres of turbines.

Here's the chart in question: 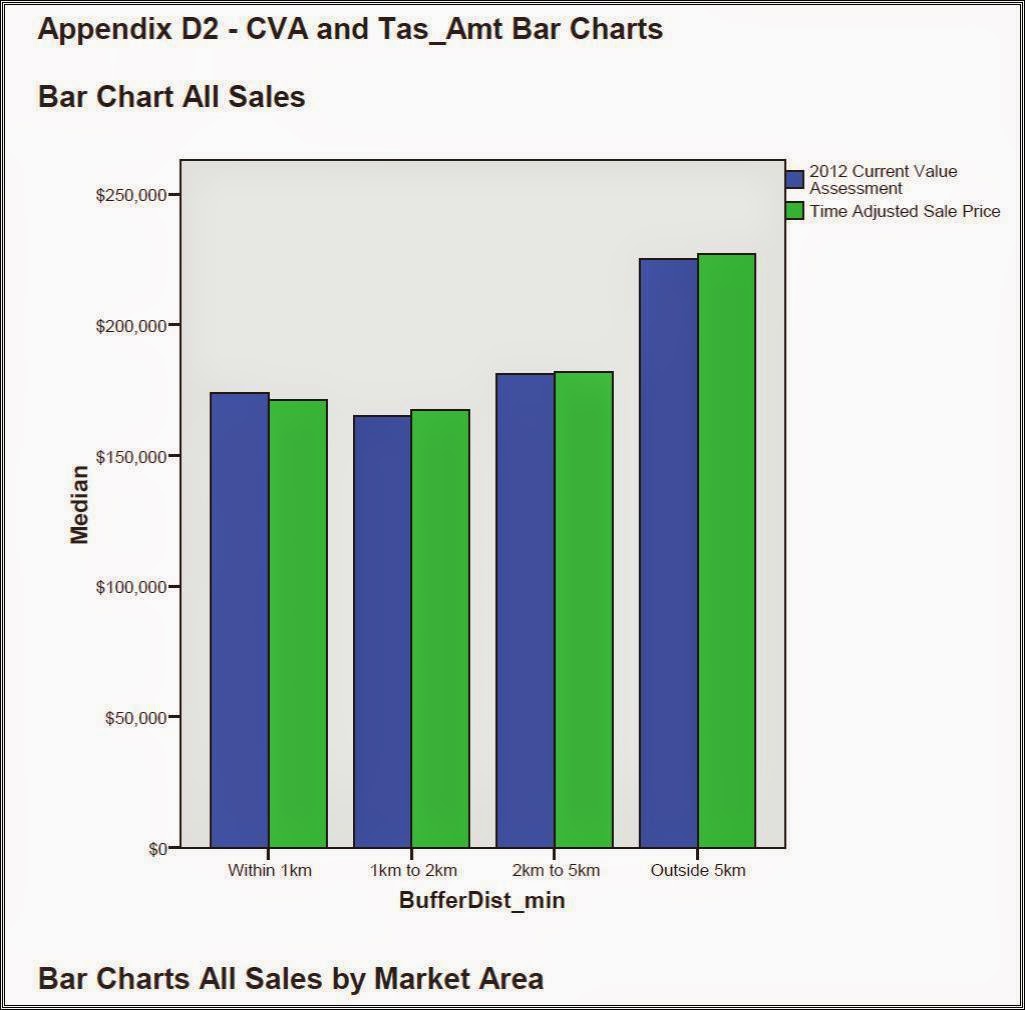 Now, this doesn't tell us very There maybe a zillion possible reasons, geographic or otherwise, besides the presence of wind turbines (IWTs in the parlance of the study) that may be causing sale prices in areas 5 km or up from those turbines to be higher than those properties located within 1 km.  One thing to consider: the vast majority of properties used MPAC employed in its studies were in fact located more than 5 km from an IWT.  Look at this table from the study: 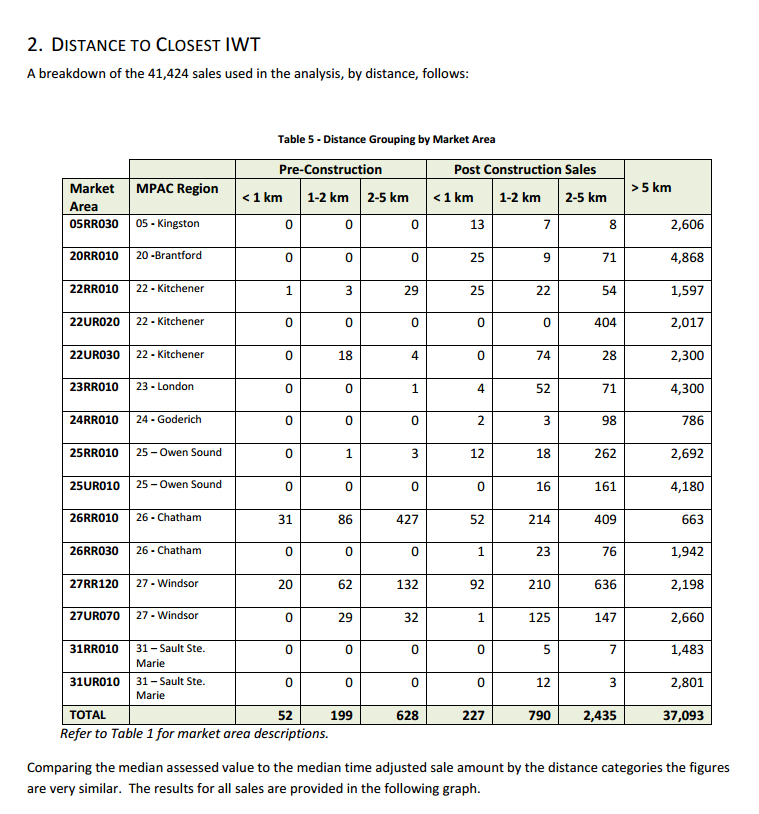 About 90% of the sample of properties were located further than 5 KM from one of the IWTs at issue. Now take a look a this map of the study area (red are sales within 1 KM; green beyond 5 KM): 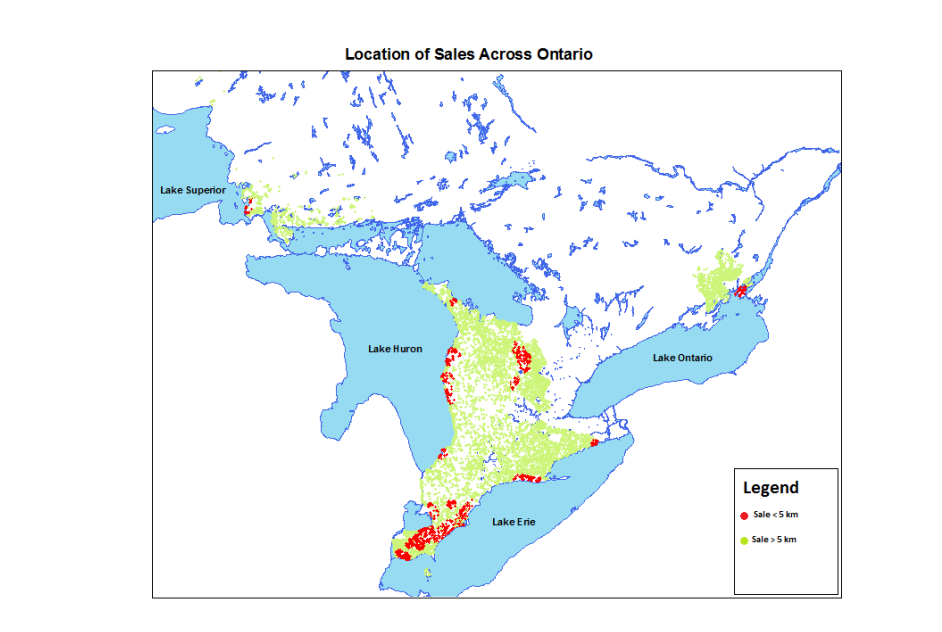 And compare that with a map of the same part of Ontario: 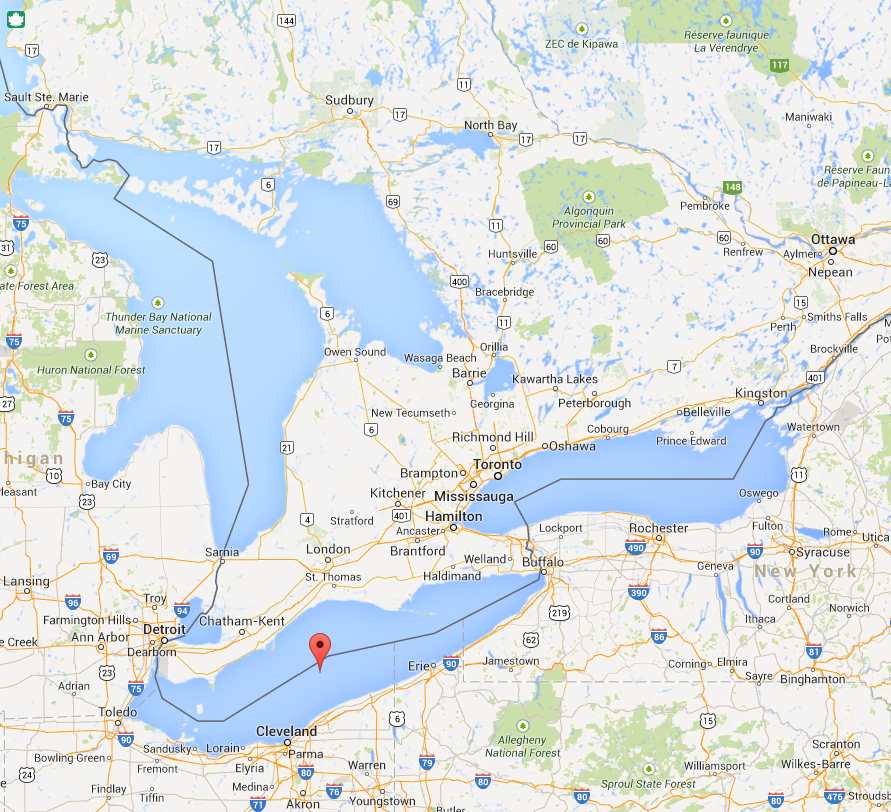 I would submit that greater than 5 km from a IWT is likely to mean closer to an urban area of one size or another, and that much of the difference in median value could be due to this fact alone.   (In other words, properties closer to an IWT--which are usually set up, according to MPAC, on farms or vacant lots--are typically further out of town than properties further away from the IWT).

Or at least: I would suggest my explanation is as likely as the one given by WCO.

Lets put a turbine in your back yard.

Could you define what you consider "urban" areas in the map shown? Is it based on population and if so, what's your # ?

I define them as those little dots on the map indicating towns and cities.

There's a chance you are qualified for a new government sponsored solar energy rebate program.
Find out if you qualify now!