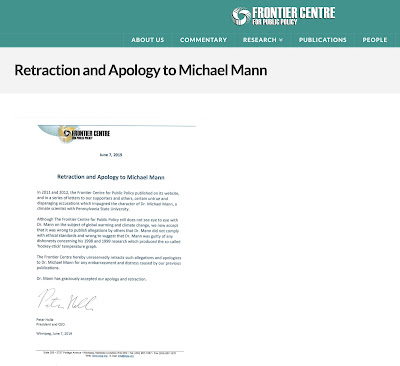 Posted by bigcitylib at 6:22 PM

I hope you meant kick rather than kiss.

Any news on the Mann vs Ball court action?

Glad that someone is paying attention to these legal contretemps. I don't suppose that there is any recent news concerning Mark Steyn having to move to a repurposed shipping container on some waste ground somewhere while Michael Mann deposits all of Steyn's money in his bank account, is there? I would enjoy hearing about that; it would make my day.

That one is still in process. Steyn wrote about it in February at link below but his stuff is bullshit heavy.

Thanks.
God, what an asshole Steyn is.

I am really enjoying reading your well written articles. I think you spend numerous effort and time updating your blog.
Packers And Movers Hyderabad

Our online pharmacy specializes in the distribution of various prescription without need for a prescription.
We sell medications ranging from ADHD, weight loss, opiates, sex tablets , anti anxiety ,Hepatitis C, Demerol, pharmaceutical powders, CBD oil etc
Payment and shipping are all secured
We ship to all countries

Click on this link to visit our online pharmacy www.trustedmedsshop.com

According to the FDA, 97% of online pharmacies are illegitimate and unsafe. Use our search tool to verify your online pharmacy is certified and safe.Our online pharmacy offers a wide range of medication online! Contact us now to get the best painkillers, research chemicals and weight loss pills online!

You're STILL thinking like the UFC which
is severely horizontal; think more of your
demise as I do N the place you'll receive
after. This shall help greatly:
TurnOrBernie blogspot com
God bless you!!!