Yeah, But They're Damn Fine Eatin'...

NEAR NEUDORF, SASK. -- At the end of a remote gravel road in southern Saskatchewan's Qu'Appelle Valley is the next target in a growing movement to rid North America of its horse slaughterhouses.

Horse advocates in both Canada and the United States are outraged that this vast green valley, lush and rolling, is now home to this country's newest federally licensed horse abattoir: Natural Valley Farms Inc.

They are also concerned that even more Canadian companies may start slaughtering and processing horses in a bid to satisfy hungry overseas markets that crave horsemeat, a pricey delicacy in many countries, since the industry is headed for extinction in the United States.
"This is all happening under the radar. Ask most people, and they have no idea that horses are even slaughtered in Canada for meat," said Shelley Grainger, director of the Canadian Horse Defense Coalition's eastern region.

I suppose I should be more upset over this. However, a long time ago when I was in France I ate horse meat steak on a number of occasions and loved it. Its very lean and of course the French do it up ultra rare. Lip-smackingly good stuff.

Also, when I was a child my mom worked at an experimental farm outside of Base Borden. One day as I was feeding mints to one of their horses, it bit me and I fell into a ditch filled with horse-shit wearing my best new shoes. So I have issues.

PS. Speaking of French Cuisine, I saw Ratatouille yesterday and give it two thumbs up. 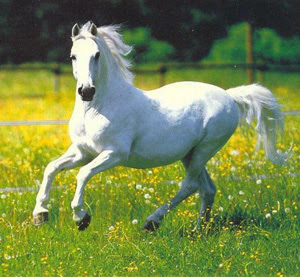 Let's ask Mr. Dion if he enjoys a good horse steak every now and then. You know, so he can show how he supports Western Canadian export businesses.

Frankly, I think the corn-fed Western Conservative is far more delicious than the horse. The flesh is well-marbled, and since there's no environment in which prions can flourish (ie, brain matter)...no risk of BSE!

...and, with the steady diet of Jack Daniels, they come pre-marinated.

Shelley Grainger needs to piss off and get a life.

the French would be so proud of us. Just because our army never surrenders, they can still appreciate how cultured we are eating their favorite meat.

I have to agree BCL horse meat is rather taste.

As for the French joke in regards to the French army.Like enough all ready at least get your facts right.The French are not any more prone to "cowardice" than any other peoples. Besides if the Germans had made it across the Channel England would have fell just as fast,and the English elite would have groveled just as fast as the French elites.Thats what elites do!