When Whitchurch-Stouffville Was New York 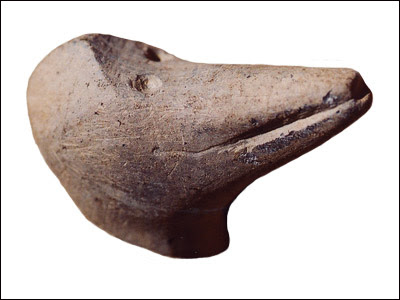 Apparently, they've been working on the Mantle Site,  the largest and most complex ancestral Wendat-Huron village to be excavated in the Lower Great Lakes region, for a decade now and I've only just heard of it.  This Global Toronto piece is the best account.  The biggest recent news out of the site is the discovery of "an iron axe head of European origin":


It...[came]... from the east coast of Canada from the Strait of Belle Isle from a Basque whaling station. The film also explores the ways in which we think the tool made its way from there into the interior continent.


Something else I was previously unaware of.

T.O is not without its own archaeological treasures, mind you.  Back in '07 city council spent millions to purchase this Iroquois site in Scarborough.  They didn't have the cash at the time, however,  to excavate the place and build a visitor's center, and so it sits until happier days should arrive.

Posted by bigcitylib at 6:38 AM