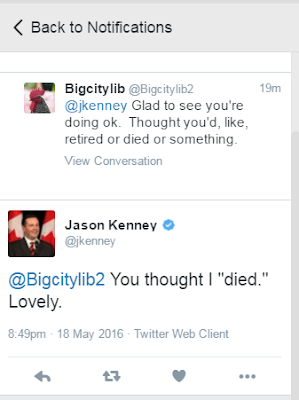 Well you must admit than Jason Kenney is an expert on bullying. I believe he majored in it at the University of San Francisco.

Herry Johnson said...
This comment has been removed by a blog administrator.
3:27 AM