What I Did On My Long Weekend

...I lobbied LPC/OLP potentials for a post-2015 Senate appointment.  First up was Saturday night's confab at the Pauper's Pub, organized by the venerable Jeff Jedras and some guy named Ed Blake, who didn't bother showing up.  There I met longtime gal-pal Nancy LeBlanc: 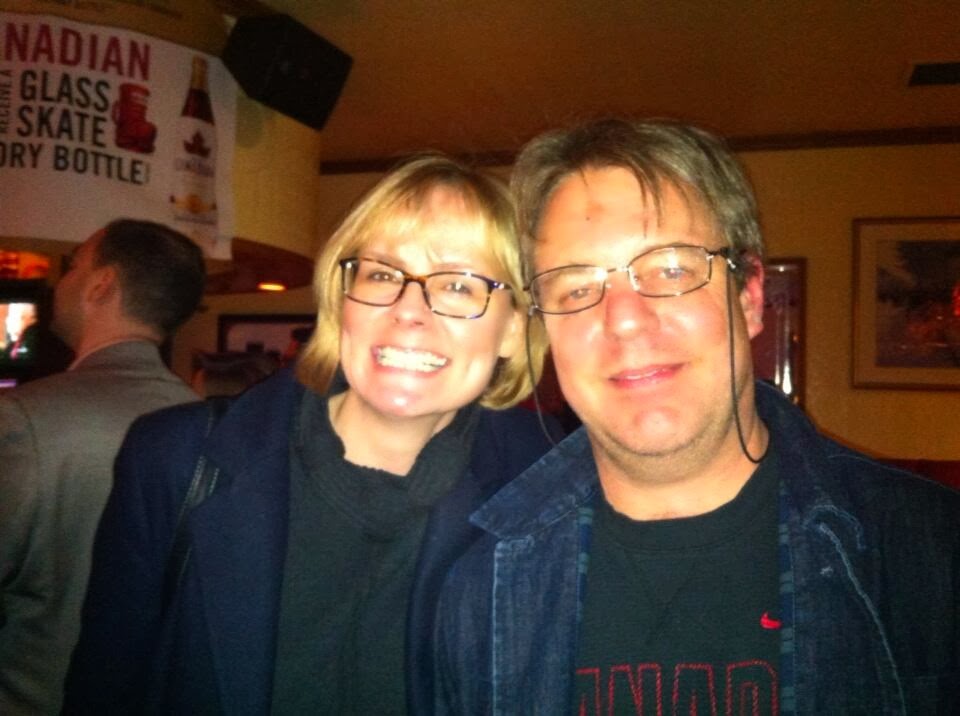 Nancy wants to represent the OLP against Cheri DiNovo down in Parkdale-High Park.  Though she's the only one running for the nomination, the deal still hasn't yet been sealed, for some unknown  reason.  Hopefully, the OLP isn't up to some kind of parachute candidate jiggery-pokery.  Because you couldn't ask for a better person to represent our values. Dedicated, sincere--the works.  Here's Nancy's web-page, and here's a clip of her door-knocking:

When we met on Saturday I pitched my idea of an Ontario Provincial Senate, to which I could be appointed when Hudak had been thoroughly whupped  and we were set to rule forever.  I was about four pints in at the time, but I think I convinced her, because as you can see she's smiling.

Then on Sunday, I attended blogger and lawyer James Morton's campaign launch for his run at the federal seat in Thornhill.  Here's a shot of me and Bernie Farber at that event: 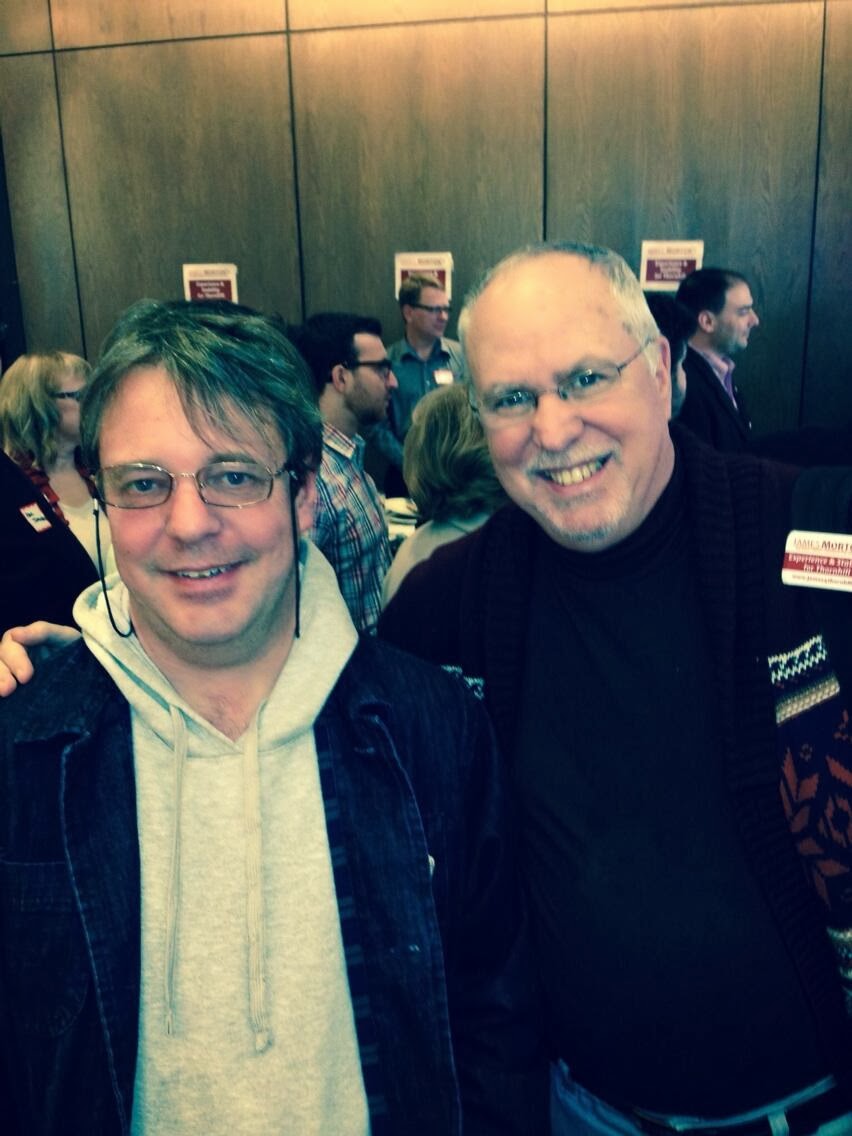 Later I approached Mr. Morton, another Liblogger, and suggested that post 2015 I could make a good Senator.  I also registered my displeasure at Justin Trudeau's new proposals for that August body, because if they are going to make appointments according to merit than I would be pretty much excluded from consideration.  James shook my hand, said "Thanks for coming out!" and moved on.  So I think I'm set!

Its worth noting that in both pictures I am modelling the "Irish Laborers Jacket" that I received for Xmas, and which I am quite proud of and feel I look extraordinarily sexy in.  As a Senator, I would of course want to polish my salt-of-the-Earth type creds, even if the whole point was to book in and sleep late for the next 25 years.  A jacket like that will surely help.

And, as I  like to point out, I am and will always be a friend of a friend of the working class.