Ontario's Superior Court court has overturned the provincial Environmental Review Tribunal's decision to kill a proposed wind-farm at Ostrander Point.  The court doc can be found here.   I've written about that earlier decision in a number of places, primarily here.

Below is a quick summary of the superior court's justification: 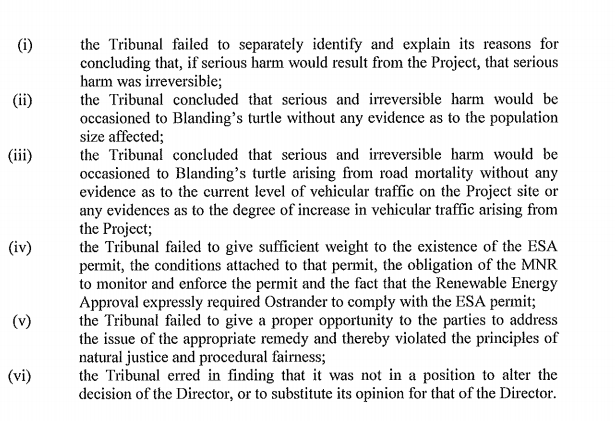 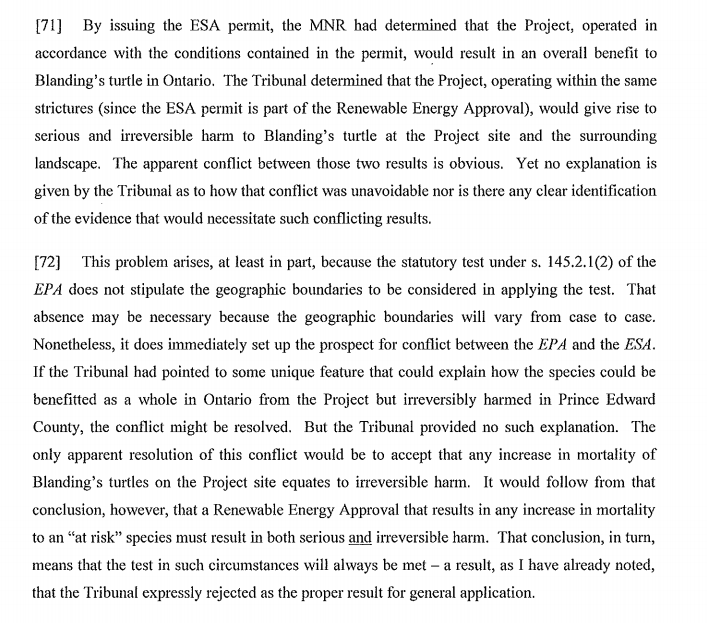 This basically accepts a Ministry of Environment argument contra the ERT  that I discussed briefly here.  The argument still confuses me, so I'll repeat what I wrote on that earlier occasion:

If the province's stock of endangered turtles is parceled out into discrete sub-populations, of which only one or two would be effected by a particular development, how could you stop any development?

The court seems to be suggesting that while the local population might be negatively effected, the mitigation efforts required by the apellants might lead to actions elsewhere that would enhance the health of the Blandings Turtle populations in Ontario generally.  That's strikes me as very doubtful.

Fortunately, part (v) of the decision is enough to give one hope.  Of course the main problem for turtles living near the wind-farm was not the presence of turbines, but the presence of a road network designed to bring workers and equipment to and from them.  It was felt that increased traffic on this public network might lead to increased mortality among female turtles (who like to make their nests in the gravel at roadside). 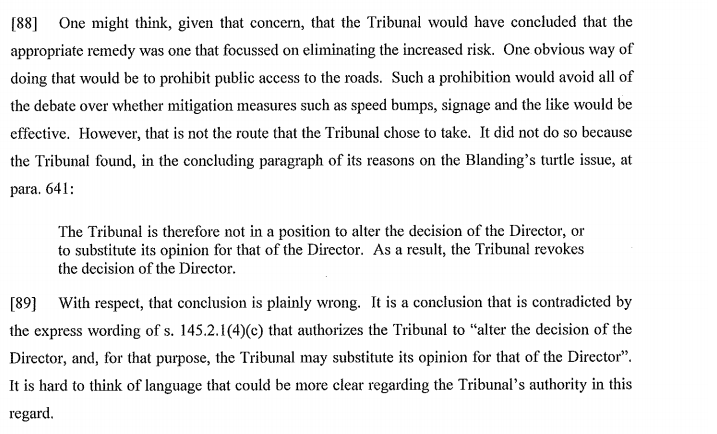 Fortunately, Gilead Power Corporation, who are behind the Ostrander Point project, have already agreed to gate both the main access road and a number of points where preexisting trails intersect with that road, if the project is allowed to go forward.  This will mean that the danger to the turtles will come almost exclusively from ATV-ers avoiding the gates.  If the numbers of local oiks can be minimized, this measure just might do the trick