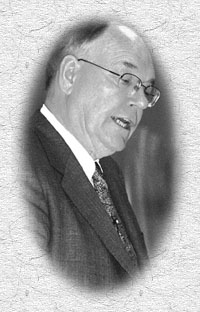 Toronto's own "Hippy Mayor" (1978 to 1980) John Sewell has just announced that he will run in November's Municipal election for City Council in Ward 21, a seat currently held by Joe Mhevic.

I am an enthusiastic admirer of John Sewell. Though on a personal level he ranges from abrupt to crusty to downright snarly, John Sewell is a long-time hardcore Torontophile. He has paced or peddled every inch of this city, fiercely defended it against barbarians of every stripe (the highlight for me being his work with C4LD during that Mike Harris assault on Urban Living known as the Toronto MegaCity), and understands far more about North York and Scarborough than people out in the suburbs give him credit for. I can think of no better person to bear the message of his constituents to the Mayor, City Council, the Province, whoever needs persuading.

Posted by bigcitylib at 8:28 PM

Johny boy, how fondly we remember his antics, like the tour he took of Amsterdam's gay clubs while on a tax funded junket. Bring him back, TO deserves him.

What a great site, how do you build such a cool site, its excellent.
»