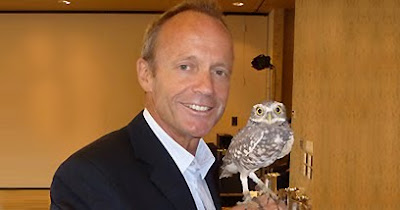 ...by posing with dead owl.

From an threatened species, no less.

So now we know who really killed Hedwig.

Are you sure it's the owl that's stuffed...

Uh oh,
Harper is unleashing that adorable straight shooter sexiness again. Will his bespectacled doey-eyed essence be our ticket to a Security Council seat? Go Portugal!

Not bad. Except he was speaking to an empty room

Awesome. You have to think that PM Ignatieff would have at least competed with Swiss President Doris Leuthard in the UN attendance department.

"It's a rare Norewegian blue"