Roxanne James is the Tory candidate for Scarborough Center. I've already noted her connections to the Canada Family Action Coalition and "Defend Marriage Canada". Well, it appears that she also played a prominent role in the "Breast Wars" of the late 1990s:

It seems that a 'constitutional right to go topless' battle has begun in Canada. It started last year with the Ontario’s Court of Appeal decision that it was within the bounds of community standards for women to go barebreasted in public places. Families in Ontario have become increasingly frustrated with this ruling as during the summer one can find topless women wherever one goes. On Canada Day, Linda Meyer of Maple Ridge went topless in a public pool. She declared it her constitutional right. The police detained her and she stated that she will sue any and all levels of government if charges are laid against her. On August 13, the police received complaints about a woman cycling topless. Linda Meyer was found cycling topless east on Lougheed Highway. Her actions allegedly made heads turn and the result was a four vehicle smash up. Roxanne James of Ontario’s Keep Tops On (KTO) says 'If we don’t take a stand right now, you’re not going to believe the things you will see in five years from now on our streets'. Special interest groups and activists have taken our constitutional rights to a level where we have made a mockery of our constitution. They all scream for their rights, but nobody is willing to discuss responsibility. A society can only enjoy true freedom when rights are with balancing responsibilities.


For example, in this TO Star Story, "Scarborough businesswoman" Roxanne James complains


"Where are the laws protecting your family? In all this chaos, what's happening to my constitutional rights? I won't take my family to a public park until something is done. I want my children protected.''


And in this story she is being described as an "organizer" of a rally led by MP John Nunziata and KTO (Keep Tops On). At the time, John was planning to


...TAKE A 14,000-NAME PETITION TO JEAN CHRETIEN AND ASK FOR A NATIONWIDE BAN ON TOPLESSNESS


In the article, Roxanne says:


"With this, we may as well bring the adult magazines down from the top shelves and mix them in with the comic books."


I will be confirming all of this information with Ms. James campaign office, but she is from Scarborough and is a mother of three. And although the "Breast Wars" were more of an historical oddity than a serious political episode, if you want to know how Roxanne Jame's progonistications of doom turned out, at least in The Big City: 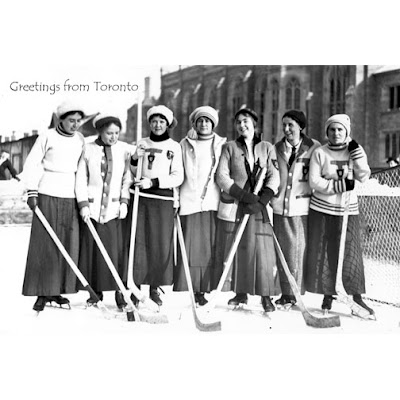 "Families in Ontario have become increasingly frustrated with this ruling as during the summer one can find topless women wherever one goes."

If that were even close to true there'd be a lot more happy straight men around than I've noticed.

So she want's to protect kids from boobs?

What is with these socon idiots and their ideas that the human body is dirty?

They are truly self-loathing humans.

What is your point? Normal people won't find this incident controversial.

Kathy Shaidle had a brilliant word to describe you: BigCityHack.

My momma's called me worse.

Guess she hoped he'd grow up to be a closet queen.

What is your point? You're so nervous of a tory sweep through the GTA you'd think she had a chance to win. Ha, ha, ha