Last fall there were hearings by the House of Commons Justice Committee to review the section with a mind to revise or repeal. This week Chief Commissioner Jennifer Lynch told me that the committee is no longer reviewing that matter and no other body in the federal government is taking it up. There is “an inquiry” in the Senate but one Senator tells me that amounts to nothing more than speeches and no matter how good the speeches are, nothing will come of it. 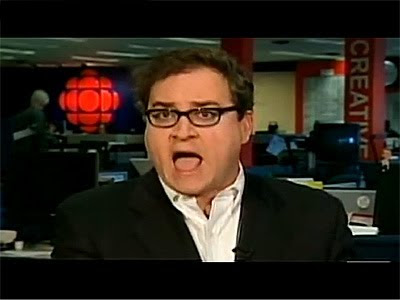 Although, frankly, I think that's his response to everything he doesn't like. As for the Senate thing, Senator Doug Finley was waiting for the "Right To Speak" petition to gather 100,000 signatures before moving on it. Total after about 2 weeks: 352.
And here's another picture of Ezra, just to be mean:

Posted by bigcitylib at 3:18 PM

The first link's url is an email address.

Oh, it's that knob...Brian "Why Does Man-Sex Make Me So Angry?" Lilley.

That mouth. It looks like it's just begging to have something stuffed in it.

That hair. Guarantees the mouth is going to be waiting a long, long time.

The camera sure does love Ezra.

For Gawds sake man put a bag over your head.

Give Ezra some credit. He had enough self-awareness to realise that a makeover was necessary, which he underwent at great expense and which upgraded him from hideous to damn ugly.

I don't think age will be very kind to those Kewpie-doll dimples. Not on that face, that's for sure. He'd better start thinking about cosmetic surgery and soon.

Maybe if Ezra grew a beard there might be some improvement.

Can a cyborg, grow a beard?

Only if he has the latest firmware installed

Maybe if Ezra grew a beard there might be some improvement.

I don't think Ezra even has to shave. Men of that type of build tend to have a lower testosterone/higher estrogen levels.

Well even poor Ezra realizes the face is a lost cause, so he is concentrating on his physique.

He is dieting and exercising in the hopes of fitting into a skimpy speedo, so that he can try and impress all the ladies at the beach this summer.

In fact, I hear there is a contest going on in the Con ranks.

Del Mastro, Harper, and Duffy are all dieting and exercising because they also want to fit into a skimpy speedo, to try and impress the ladies with their physiques.

The four of them are all planning to hit the beach together.

Now when Levant, Harper, Duffy, and Del Mastro show up together in speedos at the beach, what is going to happen?

How large will the stampede be to get the hell out of there.

You've got some weird stuff going on here.

Ezra must have significant charisma to garner this kind of attention.

Actually, the Cons should take better care of themselves, and I'm not being silly here. They have some major obesity problems and it isn't good for their health.

Del Mastro, Larry Miller, James Moore and others - huge and getting bigger.

James Moore is sort of good looking but looks like a man in his fifties with his weight and hairdo.

Now when Levant, Harper, Duffy, and Del Mastro show up together in speedos at the beach, what is going to happen?


Erm, for the first time in his life Stephen Harper looks like a Greek God?

Whatever will Ezra and his minions now talk about. They have staked their very livelihoods, their principles and goals on getting S13 repealed.

Now, perhaps we can take a sane look at s13. Some very respectable groups and others have made wide-ranging recommndations to improve s13. Let's engage in an honest discussion sans the mouth et al.