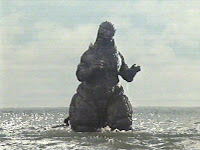 Japan is celebrating a groundbreaking science experiment in the Arctic permafrost that may eventually reshape the country's fragile economy and Tokyo's relationships with the outside world.

For an unprecedented six straight days, a state-backed drilling company has managed to extract industrial quantities of natural gas from underground sources of methane hydrate - a form of gas-rich ice once thought to exist only on the moons of Saturn.

In fact, the seabeds around the Japanese coast turn out to conceal massive deposits of the elusive sorbet-like compound in their depths, and a country that has long assumed it had virtually no fossil fuels could now be sitting on energy reserves containing 100 years' fuel. Critically for Japan, which imports 99.7 per cent of the oil, gas and coal needed to run its vast economy, the lumps of energy-filled ice offer the tantalising promise of a little energy independence.

Can't really fault the Japanese for wanting to get at this stuff, but there are lots and lots of environmental problems associated with methane mining, which I have written about here. My favorite is the (admittedly small) possibility to a catastrophic release of methane, a nasty if short-lived greenhouse gas. To ask "Can we mine [methane hydrates] without triggering a disaster that makes the K-T event look mild by comparison"? may overstate the danger, but even Japanese scientists are worried that drilling into the unstable deposits off their country's coast might trigger "massive landslides" on the ocean floor, thus setting hydrates loose in the atmosphere.

A couple of points in conclusion. Firstly, the Palaeocene/Eocene thermal maximum was a time of mass extinction thought to have been caused in part by a vast release of methane hydrate, so doomsday warnings like the one above are not entirely ungrounded. Secondly, the "underground source" noted in the piece is almost certainly the Mallik research well, located in the Mackenzie Delta in the Northwest Territories. This experiment is a Japanese/Canadian co-venture. Your tax dollars at work.

Posted by bigcitylib at 8:49 AM

It was funny how vague that article was about Japan's energy independence and "the Arctic permafrost;" you have to get to the end to find out it's referring to Canadian territory. Don't tell me Japan's thinking of invading us through the Arctic as well...*hmpf*

I don't know what to make about discovering and using new sources of hydrocarbons if they're only going to be used to prolong an unsustainable way of life. If that energy is directed to innovations for longer-term sustainability, I'm all for it.

"Can we mine [methane hydrates] without triggering a disaster that makes the K-T event look mild by comparison"?"

If this is what free speech looks like then Big Brother can't get here fast enough. Allowing Canadians to speak, publicly, is a security hazard, and a net loss for Western Civilization.

And no, I'm not exaggerating, or joking. The Canadian blogosphere harms Canadians and Western Civilization, and therefore needs to be shut down.

Nah. If people like you would just smarten up or shut up, things would improve immensely.