Parliamentary Reform: If We Elect The Senate, Can I Vote For Galactus?

Apparently, the Harper government wants to "consult with electors" before choosing new Senators:

... the Ottawa Citizen has learned the bill proposes to establish a procedure where Elections Canada, which has the legal authority to conduct a federal referendum as well as federal elections, would conduct a form of plebiscite, likely only within provinces that have Senate vacancies.

The results would be presented as information to a prime minister to consider when filling a vacancy.

If there are 2 Senate vacancies in my home province of Ontario (which, according to the above-noted article, there are) what if anything would constrain my choice in the plebiscite? Will I be fed a slate of candidates approved by the current provincial government? Or merely a list of potential candidates who have indicated a willingness to serve? (For a discussion of the problems inherent in any of the options discussed in this post, see here)

IMHO the coolest scenario would be a pure write in. If there are two available Ontario Senate seats, I get two blank lines on my ballot. In this case, my first choice would obviously be Galactus, because Canada needs an almost infinitely powerful Being on our side. My second choice would probably be for Mitsou, to balance off the boy/girl ratio, and because after all these years she's still hot. 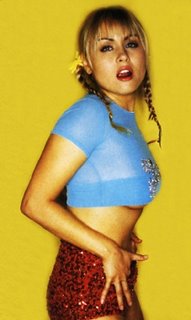 What a concept . . . consult with electors . . . . isn't that called democracy???? Are we to become like the US? Where citizens have a voice.
Or would you rather stick to the old despots like Chretien appointing all his lib friends to $100,000 plus a year positions for life???

Yeah, "consult with" but without an obligation to listen. And who supplies the names that I am allowed to vote for in the first place? Sounds like the fix is in.

If Harper et al want to jot down for all of us which parts of the constitution matter and which don't, and benevolenetly "give" you a meaningless non-binding plebiscite with no force of law to allow you to "vote" for whomever they say you should be allowed to vote for (or whomever they say should say says, as the case may be) you should smile politley, keep your mouth shut, and bask in the democracy.

Who picks the candidates? Immaterial.

Do the Candidates represent their "region", their province, or a jurisdiction within their province (as is the case already in Quebec)? Details, details.

You're analysing this plan as though it were a plan to change the nature of our nation. It's not. It's meant to make you THINK they've changed things when they haven't in reality. It's a means of giving the appearance of democratic legitimacy to a body we should probably not lend legitimacy to. I suspect the effect will be that by the time we realize we should have thought this all through the veneer of legitimacy given by these "elections" will be so impressive that we'll no longer be able to reform the institution itself. You think reforming the Senate was hard in the past, and that's why no one's done it? Well, try reforming the Senate after THIS fiasco. Good luck reforming an institution that actually has some democratic legitimacy (even if it's only theoretical, and not binding).

Seems to me, Harper missed rule #1 of Senate Reform. Fix the Senate first, THEN give it legitimacy. However, good luck to the Tories in their plan to give the Senate legitimacy first, and THEN try to reform it. Combined with their strategy of pretending the constitution doesn't exist when it's inconvenient, and designing constitutional strategy on the backs of cocktail napkins it should, at the very least, be entertaining to watch!

Who knew, after all these years, that all that was needed to reform Canada's Senate was support from 36% of the electorate and a willingness to pretend the constitution isn't important. All we needed all these years to establish "democratic reform" was a provincialist Prime Minister with a minority government. The Senators from the Autonomous Federated Region of Alberta thank you Prime Minister. "Canadians" might not be so enthusiastic in the long run. Not to worry though, at this rate, there may not be many "Canadians" around in the long run to complain.

Hopefully, people won't be fooled and we won't need to deal with this government's constitutional/unity policy of "shoot first, ask questions maybe... someday" for much longer. Otherwise, I'm increasingly of the opinion that under the Conservatives, I'll be spending my golden years living out retirement in the Federated Autonomous Region of Ontario.

You won't be able to vote for your choice of senator, most likely.

Then again, with Dion's announcement today, if you are a member of the Liberal Party, with a sitting MP (even one who voted against SSM), you won't get to choose whether he or she should be nominated to run for the next election!

All those MPs are protected. Bunch of white males sitting in a room deciding to protect themselves "because we have to concentrate on beating Harper", not on giving our members a chance to let us know if we are their choice for Parliament.

No Hassle Loans said...
This comment has been removed by a blog administrator.
12:08 AM