I admit, I didn't think Dawg's post outlining junior foreign minister Peter Kent's facebook relationship with Meir Weinstein, aka Meir Halevi, the Canadian Director of the Jewish Defense League, would amount to a whole lot. After all, facebook friends aren't like real friends, are they? They're just a tiny little picture stuck up on your personal web-page.

Maybe I was wrong, though, because Now Magazine has done a brief piece on the topic:

Tory MP Peter Kent
The Thornhill rep has ventured into some far-out places politically on the Middle East. Now, he’s popping up as a Facebook “friend” of the head of the Arab-phobic (and we’re being kind in our choice of words here) Jewish Defense League. With friends like these....
And, more importantly, it looks as though Kent himself is concerned enough about the apparent JDL link to have "defriended" Mr. Weinstein.
Before: 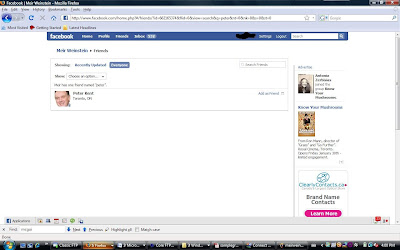 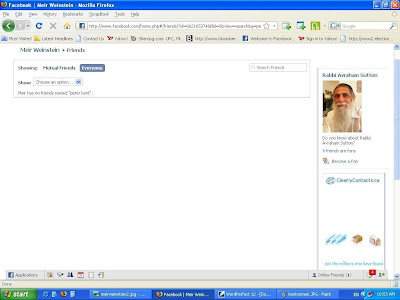 More evidence that the virtual world has become the real world, I guess.

It's unsurprising that whoever attempts to divine a moral high ground in this never-ending conflict and chooses to come down on one side or the other will inevitably end up tainted by the whole process. It's guaranteed when you come down on the side that has the power and the wealth.