What's more hilarious? @pmharper giving an "exclusive" interview to @costcocanada, or that it's not the cover story? pic.twitter.com/79nYDyKWpv
— Elias Makos (@eliasmakos) February 26, 2015

And they say Justin lacks gravitas.

Posted by bigcitylib at 8:12 PM 0 comments

Posted by bigcitylib at 8:37 PM 1 comments

The right thing to do, whatever the truth of the sexual harassment charges against him.  And in this case it was starting to look like there might have been some fire under all that smoke.

Posted by bigcitylib at 6:40 AM 0 comments

A twitter argument I had with NDP MP for Newton - North Delta  Jinny Sims:

She retreated then, knowing perhaps that her ass had been kicked.

But the bottom line is that before the bill's inevitable passage the NDP will do a little dance like this, and the LPC will do a little dance like that.  In a sense the LPC's position is the more honest of the two.   The NDP clearly sees some good in the bill, otherwise they would promise something beyond a mere tweaking once they got in power.  But then why try to kill it now and have to start all over again to achieve an mostly identical result?

Posted by bigcitylib at 6:09 AM 3 comments

Life In Scarborough: Mormons In The Storm

Waiting for a bus that had got stuck behind a line of plows this afternoon, way out in Scarborough, I ran into a couple of Mormons who were using the occasion to proselytize at the TTC stop.  "Have you ever had a chance to read The Book of Mormon?" one of them asked me.  "I did,' I said.  "I turned it down."

Posted by bigcitylib at 8:50 PM 2 comments

Email ThisBlogThis!Share to TwitterShare to FacebookShare to Pinterest
Labels: Life In Scarborough, Mormons 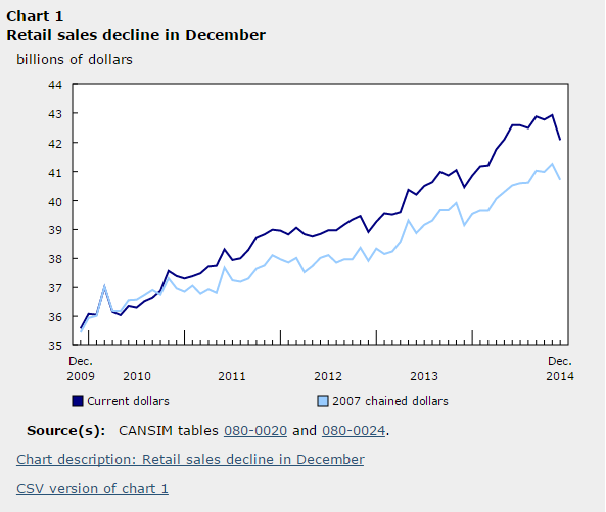 A bad Xmas season means more layoffs at, closures, bankruptcies, and etc.  You notice the Harper  gov. doesn't talk economics much anymore?  You notice how they've switched to Muslim bashing and fear mongering?  Look ye above for one of the reasons.

Posted by bigcitylib at 1:36 PM 0 comments

So Pat Martin arrives in the HOC today looking disgruntled, uncomfortable.  In the middle of this morning's session, during a vote on a motion to salute Canada's Crappie fishermen, he sneaks out, comes back a little bit later...at ease and smiling!  Turns out his underwear was too tight, but they're better now!  So what happened during the missing minutes?  Nobody from the Media Party has bothered to inquire!  Did Pat Martin discard his gonch?  Does his junk-catcher haunt the halls of Parliament?  Was he walking around all afternoon commando style?

And on issues like this is where we start to miss the Sun News Network.  If they'd been around, Brian Lilley would have led in a whole team (wearing Hazmat suits!) to search for the missing, like he did when CBC lost a chair in '011. And, shit, if it had been rumored that the underwear had fled to Budapest to join ISIS, SNN would have sent David Akin over to spy out the place for a couple of weeks, staying at fine hotels, eating street food in the markets.  Because SNN did news, man, don't say otherwise.  And when they did news they did it hard.

Posted by bigcitylib at 7:36 PM 5 comments

Mr. Asper is said to have thought SunTV operated “very expensively for what it was” and was unwilling to take on the employment contracts and severance costs of its staff, most notably the executives...

This is the second story that has claimed that excessive executive severance packages were behind the ultimate failure of SNN to find a buyer before it folded.  Shameful: someone in upper management let their own greed doom the jobs of over 150 employees.

Posted by bigcitylib at 8:20 PM 0 comments

Jonathon Kay On The Death Of Sun News

It's the most brilliant thing he's ever written, because he links back to me, which gives the piece credibility.

Posted by bigcitylib at 6:02 AM 3 comments

TORONTO February 11th, 2015 - In a random sampling of public opinion taken by the Forum Poll™ among 1018 Canadian voters, almost 4-in-10 will vote Liberal if the election were held today (39%) compared to just less than a third who will vote Conservative (32%). Fewer than a fifth will vote for the New Democrats (17%). These findings represent a contrast to last month, when the two leading parties were tied (Liberals - 34%, Conservatives - 35%) and the New Democrats had a full fifth of the vote (January 28 - 20%).

Maybe fear is a less effective motivator than some would imagine.

Also interesting that The Star hasn't slathered it over the front of their website.  Not enough drama to it, I suppose.

PS.  Pulled down from original site.  Don't think we were supposed to see it.


HATESPEECHIN REDNECKIN ASS MISTER HONKY MOFO!!!!!    YES YES BOOYAH BOOYAH!!!!  AIIEEEEEE!!!!WHOOP WHOOP WHOOP!!!! BACK TO LETHBRIDGE WITH YOUR TIGHT BEEFY ASS, EZRA.   YOU AND KORY CAN SHARE A room IN DADDY'S BASEMENT while YOU LEARN HOW TO FLIP BURGERS!!!  BOOYAH BOOYAH!!!!!!!!!!

Posted by bigcitylib at 8:36 PM 8 comments

A sad, sad scene.  Kory is home sulking.  Ezra is out on the sidewalk hawking pencils to pay-off his latest defamation suit.  When they lower the shutters its gonna resemble the "lights out" sale at Target.  You wanna lap-top?  Hang out around back at 25 Ontario Street and some guy will bring you one with the SNN label stuck on its side.  Cheap!

Andrew Weaver Vs. The National Post: Linking To Defamation In Canada

A number of stories have already appeared re the successful lawsuit launched by climate scientist (and now Green Party MLA) Andrew Weaver against writers at The National Post.  Here's a pretty good one, and the decision in its entirety can be found here.  I can't add much to what has already been said, but the case has a couple of interesting facets beyond what people have generally noted.

One is how this case elaborates on the SCC decision in Crookes v. Newton.  Back then I wrote that the Supreme Court seemed to be providing a blanket exemption for linking to defamatory material. That is, if you simply linked to the offending material without describing it, independent of the context around your link, you were in the clear.  I argued:

"John Doe is a murderer."

I am soon approached by Mr. Doe's lawyers.  But then Bob writes a post which says

Not having repeated any of the defamatory content, the SCC ruling lets Bob off Scot free.  Now, you might argue that's fine.  Bob doesn't control what's at the other end of the link.  Maybe it's been changed in the meantime.  Why should he be responsible? And etc.

Okay, but lets assume that Bob knows exactly at the other end of the link and is in clearly endorsing the defamatory content. And lets assume that in context it is absolutely clear that Bob's intent is to ruin the reputation  of John Doe, as much as mine was.

The defamatory content was not repeated in his post, so he suffers no consequence.  Period.  End of story.  Several justices dissented on this point, suggesting that context should be taken into consideration, and endorsing defamation should be considered defamation.  The majority seems to have said NO.

If you read the original, there is some back and forth on this in the comments.  After all, several judges in concurring opinions invoked the notion of "context".  But these nuances didn't make the majority decision, and isn't that what the law becomes?

So, Crookes v. Newton is mentioned about a dozen times in the Weaver decision.  In particular, the NP lawyers argue that "...republication cannot be a mere hyperlink as stated in Crookes. Thus, the “story tools” on the National Post website do not qualify as authorization. The evidence established these are merely permitted hyperlinks back to the original article."  And while noting that there is room for "nuance" in deciding whether someone can be liable for hyperlinking Judge Burke seems to accept this reasoning.  Or at least accepts that this is what the SCC decided:

[270]     In Crookes at para. 20, the Supreme Court of Canada acknowledged the defence of innocent dissemination, which developed in an earlier era for secondary distributors such as booksellers, will likely come into play with secondary Internet publications. The Court recognized however that, on the Internet, courts must be careful to develop the law in a way that does not unduly stifle the free exchange of ideas. As such, in Crookes, the Court held hyperlinks are not publications.

[271]     The Supreme Court of Canada in Crookes concluded while the legislator has created a specific presumption a publication in respect of broadcast, it has not done so in respect hyperlinks and therefore the court should refrain from creating a new one: at para. 108.

So there you have it.  For reasons given above, I think the SCC made a bad call in Crookes v. Newton.  But under current Canadian law, you can link to defamatory material even where circumstances indicate that you are doing so out of evil intent.

Blast From The Past: What's Andrew Lawton Up To These Days?

"Emerging Leaders used a push poll to try to paint Londoners as intolerant of the LGBTQ community.

Number of sexual-orientation motivated hate crimes in Canada per year: 185

Number of HIV/AIDS infections from men having sex with men in Canada per year: 1450

Who is the real enemy?

And here's the grovellling apology.

As for Andrew, we met a few times on Coren's old show, and have  had a few run-ins otherwise. He is not a homophobe.  A pasty, pimple faced punk maybe.  But not a homophobe.  He may even, for all I know, be an avid cellist.

Posted by bigcitylib at 7:54 AM 0 comments

Email ThisBlogThis!Share to TwitterShare to FacebookShare to Pinterest
Labels: AM980, Andrew Lawton

It's been awhile since Lorna Pardy has been in the news.  Back in 2008, she was verbally assaulted by comedian Guy Earle at Zesty's Comedy Club in Vancouver.   She took him to the B.C. Human Rights Tribunal, and won. At the time, some, Ezra Levant in particular, were pushing the notion that this case was about the exercise of free speech.  It wasn't.  It was more about a lowly restaurant functionary going off on a customer.  In any event, Ezra said things.  And Ms. Pardy commenced a civil action against him.  However, the suit lay still-born for a number years until, in 2013, after the various appeals of the original wound up, Ms. Pardy served Ezra with a notice of civil claim.  Ezra moved that the case be dismissed due to the long delay but, on January 29th of this year, the judge said no.  So, throw another lawsuit on the pile; Ezra's going back to court.  And when Ezra goes to court, Ezra tends to lose.

Posted by bigcitylib at 6:14 AM 3 comments

Congratulations, then, to the best mayor in the world.  My bad with the error.  Please work on getting the fluoride back in the local water supply,

Posted by bigcitylib at 6:15 AM 0 comments