...start with the auctioning of : 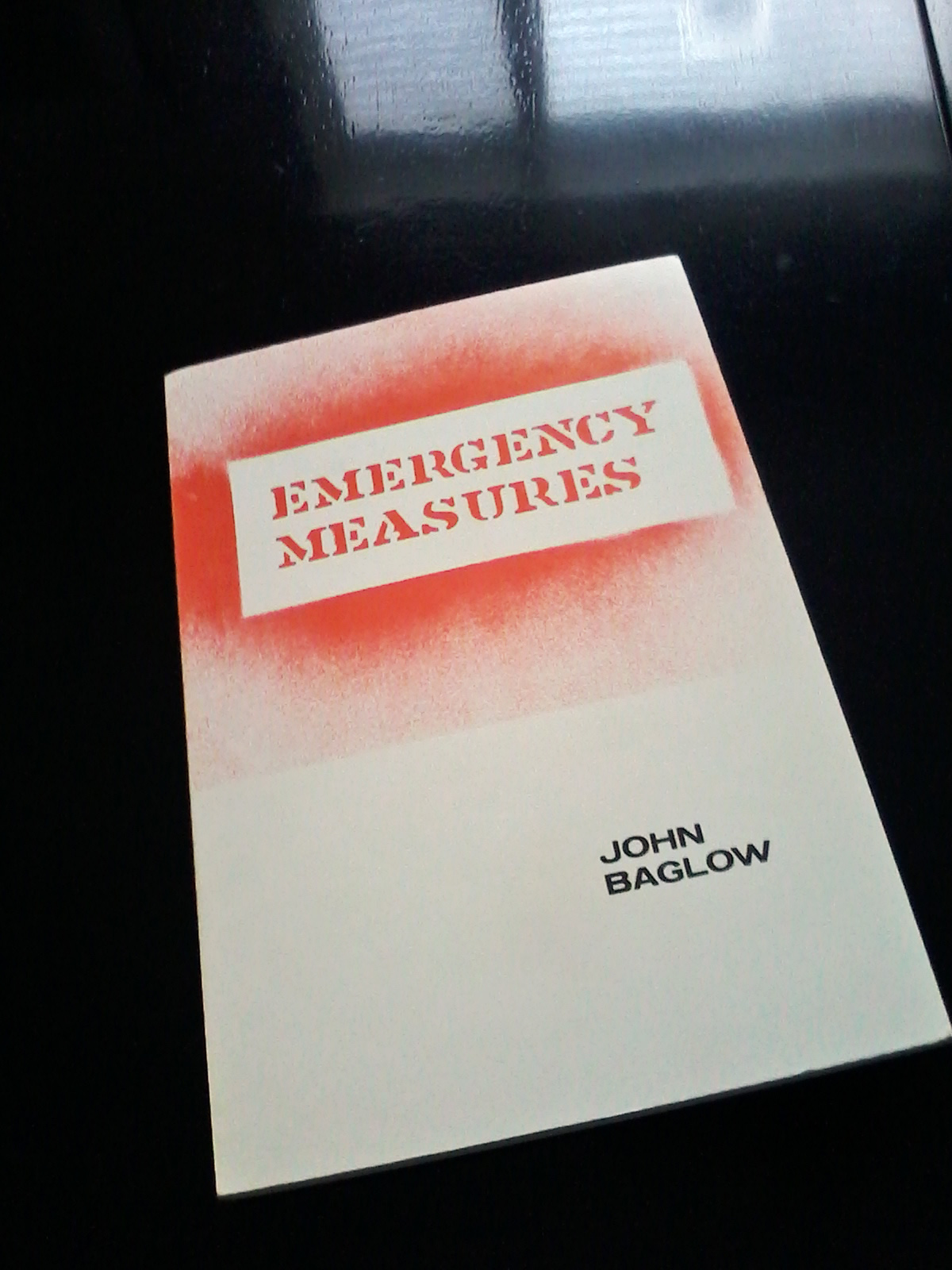 A rare first edition, personally autographed for the successful bidder.

Baglow is of course the name Dawg uses out in the material world.

Put your bids in here.

I wrote about efforts to help the good dawg with his legal expenses here.

Posted by bigcitylib at 1:03 PM 1 comments

Danielle Smith, up in flames.  Gals, we only keep rulin' cause you keep believing our lies.  And by the way Jim Prentice does us old white guys proud.  He looks blank, he moves slow, but in reality he's slick as snot.

Posted by bigcitylib at 8:54 PM 2 comments

Fear Mongering A Bust For CPC

Or at if its moved the dial at all in the latest Abacus poll its been in the wrong direction; the LPC is a wee bit ahead in this one.  I'm not entirely surprised.  People might agree with the government re the Niqab, but still see through the rhetoric and perhaps resent the attempt to get them riled.  Or they may see the Hiqab as a 3rd tier issue that won't move their vote one way or another.

As for the LPC position on our ISIS mission, one day I think people will come to look upon Justin Trudeau as the Wayne Gretzky of Canadian politics, who saw not where the polls were, but where they would be on election day.

I am conflicted re Bill C51.  Michael Geist is a pretty smart guy; the information sharing provisions do seem overly broad.  But since the Snowden revelations never impressed me (its all meta-stuff about spies spying), I sometimes find myself wondering if at least some of the complaints over C51 are similarly over-egged.

And so then Connie Fournier of (the relaunched) Free Dominion comes along and writes this for Open Media:

The part of the Bill that concerns me most is that provides CSIS with the power to "disrupt" groups of Canadian citizens. This word sets off alarm bells for a couple of reasons.

First, it is a word that was used in a "Five Eyes" PowerPoint presentation that was released some time ago by Edward Snowden. The "Five Eyes" countries include Canada, the USA, Great Britain, Australia and New Zealand. This presentation was given to the Joint Threat Research Intelligence Group and it was entitled, "The Art of Deception: Training for Online Covert Operations".

Secondly, this is where it becomes personal. Beginning in the Spring of 2006, government operatives began signing up on our discussion forum, Free Dominion. We have since identified operatives from the Canadian Human Rights Commission (CHRC), the Department of Defence, at least one Police Department, and many, many posters using proxies who posted divisive or racist comments in our forum. In 2007 we received a Section 13 complaint with regard to a link that was posted on our site. We reacted strongly and publicly to the complaint and it was later dropped.

We don't believe that it is any coincidence that the self-described strategy of the government employee who sued us four times and ultimately caused the forum to be closed, is called "Maximum Disruption". The fact that that same word shows up in the "Five Eyes" powerpoint, and that it also shows up in Bill C-51 is, to say the least, chilling.

OK,  now we've hopped the train to crazy town.  And just to address one point.  FreeD's problem with racist comments didn't stem from undercover cops, "operatives" from the CHRC, or anonymous posters.  They were typically contained in diatribes by the likes of long-time regulars such as Ed Kennedy, Bill Whatcott, Marc Lemire, and EdS.  You can google their names.  They were hate-mongering lunatics, and all members in good standing at FreeD until they became too toxic to keep around.

Of course, nobody reads Open Media but, arguably, people read The Tyee, so its particularly disappointing to see the same kind of nonsense expressed over there.

Enter Lawrence Solomon. You remember Lawrence Solomon, don’t you? He’s what I referred to last summer as a rising star in the antivaccine movement. A conservative columnist for the Financial Post, when first we met him he was complaining about a “conservative failure of skepticism” on vaccines because, apparently, conservatives haven’t been antivaccine enough for his liking. (Maybe he’s happier with more recent developments.) Indeed, Solomon used some seriously brain dead arguments about herd immunity indistinguishable from the nonsense they regularly spew over at the antivaccine crank blog.

I've said it before; The Star published one piece suggesting that Gardisil might have some hidden dangers and the whole media shit.  Quite properly, too, and The Star issued a grovelling apology. Because The Star is a class act where people worry  about accuracy and journalistic standards.  What kind of crap newspaper must The National/Financial Post be to offer this guy an ongoing platform for spouting dangerous gibberish.  Do these people have absolutely no shame?

Posted by bigcitylib at 9:43 AM 3 comments

Richard Warman has launched an Indiegogo campaign to help pay some of the legal expenses Dr. Dawg incurred during his legal battle with the Fourniers and others at FreeDominion.  You can find out more about it here.  They've collected about $400 in a couple of hours.  And I too will be donating $.  Very soon.  As soon as we pay for my dear mother's eye.  She threw it at dad and it broke against his head.

As for the Dawg's case, it's got even the lawyers confused.  Richard says:

In the weird world of libel law, the judge found that John had been defamed, but that because John had supported basic legal rights for child soldier Omar Khadr, the comment that John was a supporter of the Taliban was 'fair comment' and therefore legally okay.


Sure he's retired.  And when you do that the mind immediately starts to go.  And he was always a bit nuts; this is the guy that wanted to kick Toronto out of Ontario.  But...

Posted by bigcitylib at 6:55 PM 6 comments

My CBSC Complaint Against Sun TV Fades Quietly Away

Curses!   I inquired today, thinking maybe there was still a chance to give Ezra one last kick in the ass as he was going out the door.  But apparently the CBSC has no authority over broadcasters after they go TU; they have to let  my complaint slide.  Ah well.  I've found a whole new way of punishing people for having the wrong opinions...you bet I'm gonna file another complaint against somebody real soon!  Its just one of a range of "actions" I have planned for 2015.  Another is to convince Trojan to stop using petroleum oil from the tar sands in their petroleum jellies.  I call it my "Ethical Rubbers" initiative.  I've written them a couple of times already about this.  First time they forwarded my email to their "research" dept.  but the after the third email they stopped answering.  I'll keep at it, though.

Posted by bigcitylib at 6:07 PM 3 comments

Email ThisBlogThis!Share to TwitterShare to FacebookShare to Pinterest
Labels: CBSC Complaints, Ezra Levant And The CBSC

National Post columnist Lawrence Solomen is now running an anti-vaxxer website.  You can see it here.  This is from the "About us" section:

VaccineFactCheck, headed by Lawrence Solomon, is a project of Consumer Policy Institute.

Now, Solomon probably wouldn't call it an anti-vaxxer site; he'd probably just claim he was trying to "teach the controversy".  But that is, of course, bullshit.  And after that whole thing with The Star's Gardisil article I thought the whole nation had come to the conclusion that this kind of ant-vaccine  fear mongering was beyond the pale.  But not the National Post, apparently.

So here's a call out to Andrew Coyne, who is apparently some kind of editorial big-wig over there at the NP these days:  fire Lawrence Solomen.  Ditch the kook.  Show some class.

Posted by bigcitylib at 4:08 PM 3 comments 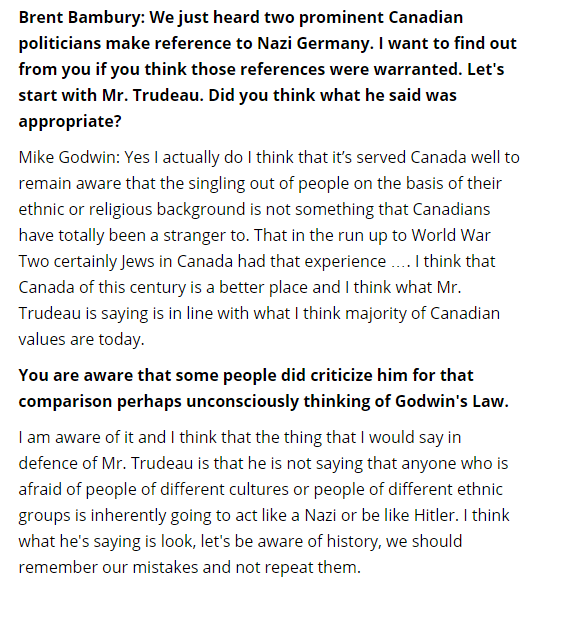 He didn't like Blaney's response quite so much.  Read that bit here.

Posted by bigcitylib at 3:19 PM 1 comments

Trudeau's Speech: The Reaction In The Jewish Community

Posted by bigcitylib at 5:37 PM 0 comments

"It is a cruel joke to claim that you are liberating people from oppression by dictating in law what they can and cannot choose to wear"
— Paul Wells  (@InklessPW) March 10, 2015

I didn't hear it live, but all accounts say its old-timey Liberalism.  So people will yell about it.  Which is good.  Justin and the LPC need to poke a few people in the eye, get the debate a bit more livened up than its been.  The above is what he said about the niqab in Quebec thing. True, and prettily phrased.

It's important to note again  that the NDP position on C-51 is empty posturing.  Given the nature of our political system, it will pass in whatever manner the government chooses.  After that happens, Mulcair has admitted that he will merely amend, not kill, the bill, should he ever become PM.  The only difference between the NDP and LPC is therefore the individual clauses they would choose to delete.  So why  is the NDP making a futile attempt to kill a bill they obviously see some good in? Anyway: good answer, Justin.

Posted by bigcitylib at 9:12 PM 0 comments

In 1999-2000, Warman had worked with various Jewish and anti-racism groups to notify public venues in Canada of discriminatory elements within Icke’s mishmash of conspiracy theories. After being provided with material from Icke’s own writings, a number of these venues withdrew permission for Icke to use their facilities in his tours.

In retaliation, Icke included false allegations in his 2001 book Children of the Matrix that Warman was seeking to suppress Icke’s purported exposure of Satanic child abuse and murder.

David Icke, if you don't know, is this guy.  If you want to hear him sound-off re the The Reptilians and other matters, this is a Youtube interview.  I haven't listened to it, but typically  he sounds kind of interesting for a few minutes, and then you gradually realize he's an unhinged babbler.  Although apparently one with a substantial following, having sold 55,000 copies of the book in question.

As an aside, the Fourniers attempted to use an Icke television appearance in one of their defamation cases; I can't remember if the judge allowed it or not, but I can't imagine how it would have helped their cause.  Also,  Seeker's Books, where I still occasionally go shopping, got caught up  this lawsuit. Pity.  Last time I was in there I listened the proprietor lament the state of the book business.

Posted by bigcitylib at 6:08 AM 0 comments

Email ThisBlogThis!Share to TwitterShare to FacebookShare to Pinterest
Labels: Warman Vs. David Icke

The Book On Pope Francis

Posted by bigcitylib at 9:37 PM 1 comments

Anti-Turbine Families Can Suck It Up

There's no way you are going to initiate a legal action without having been told what the costs might be if you lose.  And if your case is a constitutional challenge based on a "novel reading of the law", you have almost certainly been told in addition that the chances of success are not large.  These people are just trying to get out of paying the money they owe.  I have no sympathy for them.  Nor, I suspect, will the judge.

Posted by bigcitylib at 5:55 AM 1 comments