Curse Them In Their Hunger And Infirmity! 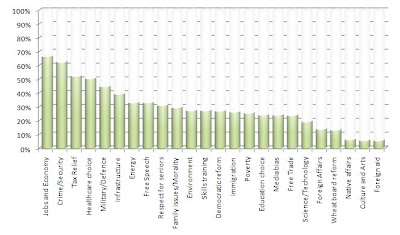 "Wow. Stephen Taylor polled 3000 that showed for the RallyForCanada. Makes me sick that these 'conservatives' put the economy, security, jobs, healthcare ABOVE free speech."
One of those comments that appear on FreeD that you kind of hope is ironic but know is probably not.

Posted by bigcitylib at 5:20 AM

What the fuck do most of those have to do with the budget?

Stephen Taylor; Because stupid is not stupid enough.

Yeah, I'd rather you go after the Alpha Wingnut lil' Stevie Taylor rather than nutpick over at FreeD, BCL.

His technocratic/dorkish love affair with polling is a real hoot. The opinion of people who know absolutely nothing about a particular issue (which describes at least 75% of Conservatives) cannot tell us anything meaningful.