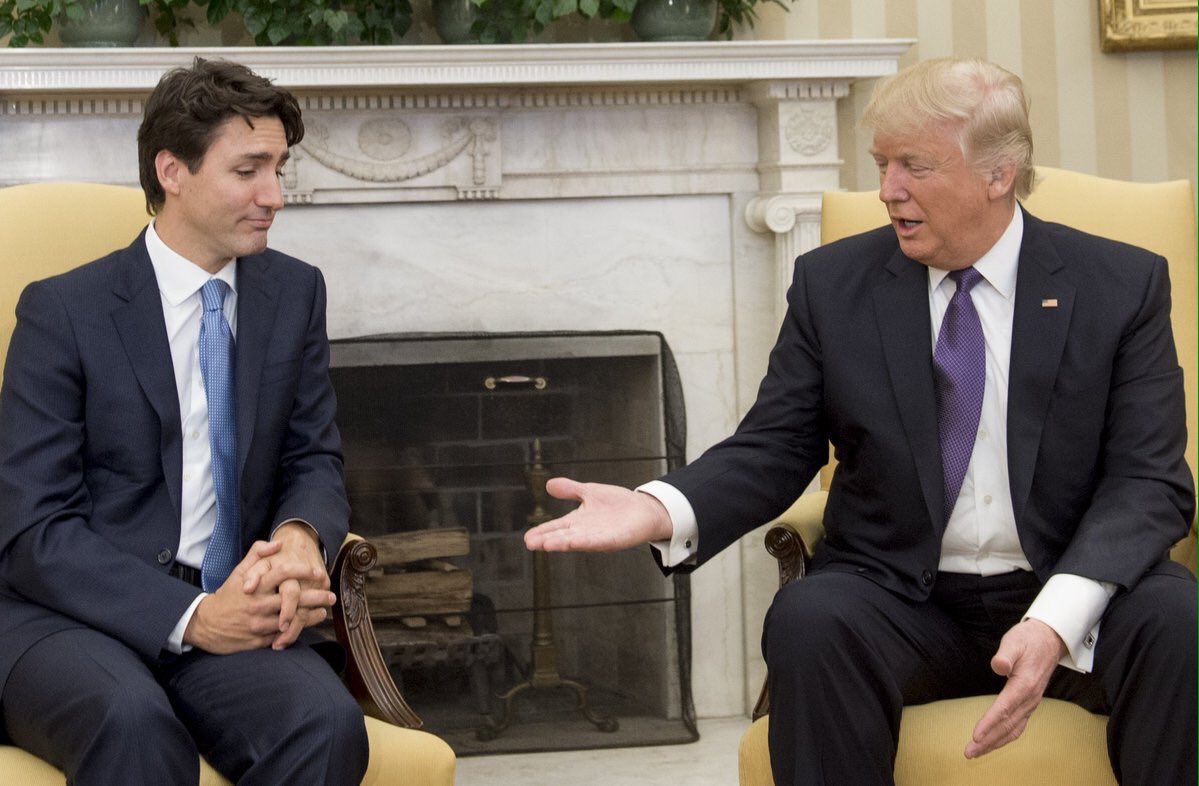 Posted by bigcitylib at 8:01 PM

FYI there is a great piece on HuffPo Canada...Trudeau also brought a small gift of a pic with young Trump and Papa Trudeau at the Waldorf back in the day.

I tell you what, I don't hear too much craving up here. Our PM and his team played the old man ruthlessly.

Now let's get the major players in Europe on the same page on plan B.