Is That Ron Banerjee Choking The Gay Protester At Ford Fest?

Sure looks like it, and the folks at ARC Canada have a clearer shot, and links to video of the guy in the picture yelling anti-gay slurs. 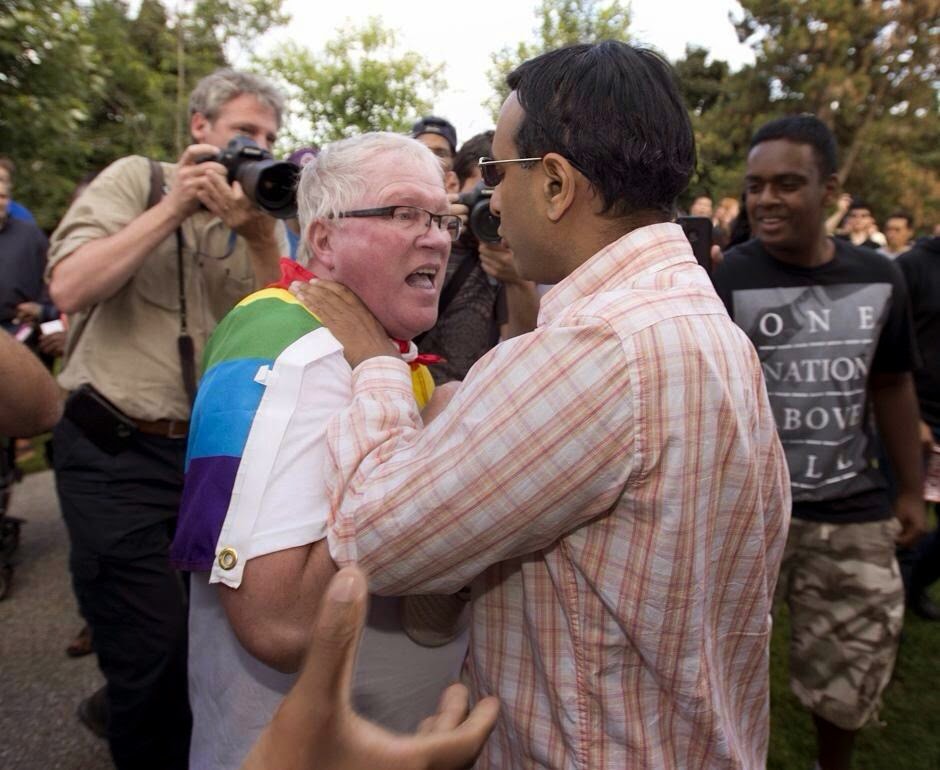 Ron Banerjee, if you don't know, is both the leader and a large portion of the membership of Canadian Hindu Advocaacy (CHA), a hard right group of at least one Hindu (Ron) and maybe one or two other guys, also presumably Hindu.  He's done some pro-Ford proselytizing before.

Now, the guy really, really looks like Ron...here's another shot:

And even a few of his usual allies think its him:

And I hear a few reporter-types have been trying to get hold of Ron.  But it hasn't yet been confirmed as far as I know.  For my part, I've emailed one of CHA's contact email for a response, and received none.

PS.  Here's a few undisputed shots of  Ron for comparison..

If you watch the video, it's definitley him.

"Over the hill, one Ron Banerjee, a garrulous pro-Ford, anti-Muslim activist, had actually put his hand to a protestor’s throat, before he appeared to realize that he too was being filmed, and scurried away."

what a winner of a guy:P

Unknown said...
This comment has been removed by a blog administrator.
9:17 PM