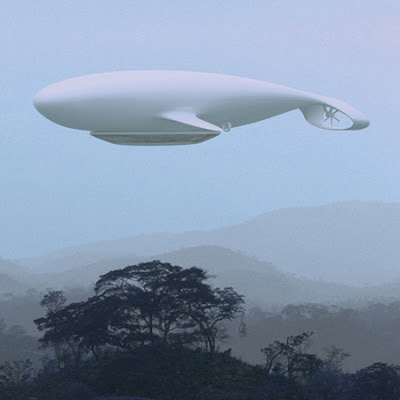 As a kid I used to dream of airships that could fly me around the planet, and submarines that would bear me to the bottom of the sea. So naturally I would be thrilled if this development ever "got off the ground":

700-foot floating hotel, which resembles the Thunderbird 2 from the 1960s television series, "Thunderbirds", has been set for development, a report said.

The Manned Cloud is a flying hotel that is intended to carry 40 guests around the world while floating at an altitude of 18,000 feet, the Daily Mail reported Saturday.

I'm apparently not the only one who fancies a new golden era of the dirigible. Many more pictures as well as schematics of "The Manned Cloud" can be found here , as well as reference to the "Lifestyle Zeppelin", another "cruise airship " design by Tino Schaedler and Michael J. Brown that doesn't look so much like a giant manatee. 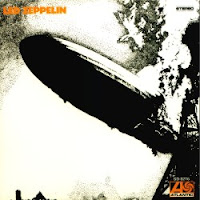 Of course the reality of the airship is quite a bit less romantic. For example, Blackwater Security's plan to spend $100,000,000 building a fleet of blimps for patrolling the skies over Iraq seems to be a couple of years behind schedule (although they have recently tested an unmanned blimp for the Arizona/Mexico border where such things are already fairly common).

I'd love to see this get off the ground, if only because it's such a beautiful design.

I'd be curious to see if there are comparative studies of fuel consumption between dirigibles and fixed-wing passenger aircraft. If it turns out that dirigibles use less fuel for the same distance, I could easily see this as an alternative mode of trans-oceanic passenger travel.