Iggy has been invited to Israel, to talk Peace with both sides of the Israel/Palestine conflict.

But, consulting my magic mirror, I see this visit coming to grief. While touring Israel, Iggy will try Lox, that wonderful Jewish delicacy consisting of Salmon fillet that has been cured and cold smoked, and then spread over bagels with cream cheese.

He will say, "Fuck, is this ever better than that Oriental seafood crap you buy on Spadina Ave.!", thus insulting the fisher-folk of Northern Laos who, as everyone knows, control the Toronto Fish Markets.

Soon, Laotian Canadians will be marching on Parliament Hill in Ottawa. Laotian monks will be there too, doing cool shit like setting themselves on fire in protest, and smashing blocks of ice with their fore-heads. 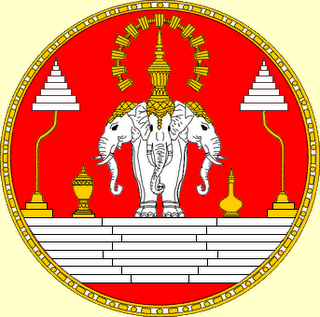 In response, Iggy will promise to visit Laos, to consult with the Laotians on why they have such a butt-ugly flag. While there, Iggy will tell the Laotian King that Laotians may be tiny like the Irish, but don't get soused as often and work twice as hard.

Soon, Irish Canadians will be marching on Parliament Hill...

Posted by bigcitylib at 6:34 PM

While on it, Iggy will try Lox, that wonderful Jewish delicacy consisting of Salmon fillet that has been cured and cold smoked, and then spread over bagels with cream cheese.

Oddly, all that delicious Jewish food is rather rare in Israel. Basically, the food sucks. Spaghetti and potatoes, falafels with French fries, grape leaves that appear to be stuffed with pus and burst like a zit when you bite into them, and these mysterious dips with an inch of olive oil floating on top. *blech*

I think the British are to blame. Let's just hope Iggy doesn't come to the same conclusion and say exactly that.

That's a damn funny post BCL. Thanks for the chuckle...