Stymied by opposition on the West Coast, the Alberta government has prepared a technical report outlining the possibility of an "arctic gateway" as an alternative means of getting their bitumen to market.

The entire report can be found here.  And below is a graphic showing some of the proposed routes out. (Note: click on the images for larger versions) 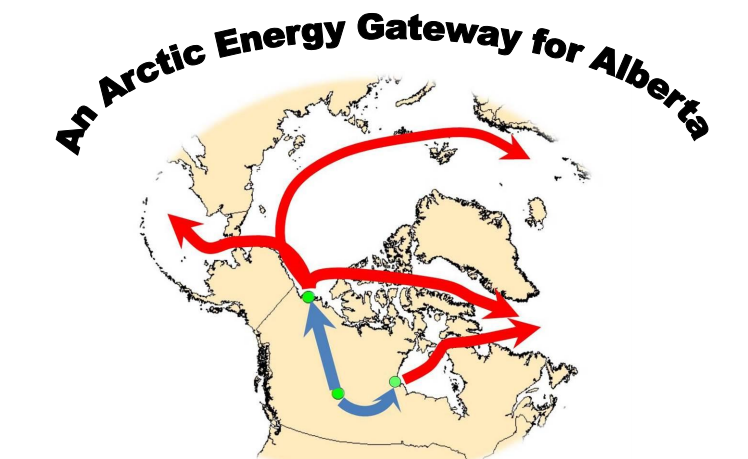 Contrary to news reports about it, the report authors seem to realize that their plan is a bit of a "hail Mary".  For example, it is "conceivable" that the plan could attract support among the local population "...if it can be done without undue risk to the environment..."  The text is filled with this kind of heavily qualified language.

Furthermore, there is a handy chart which provides an economic benefits vs. environmental risk vs. "aboriginal subsistence value" ... 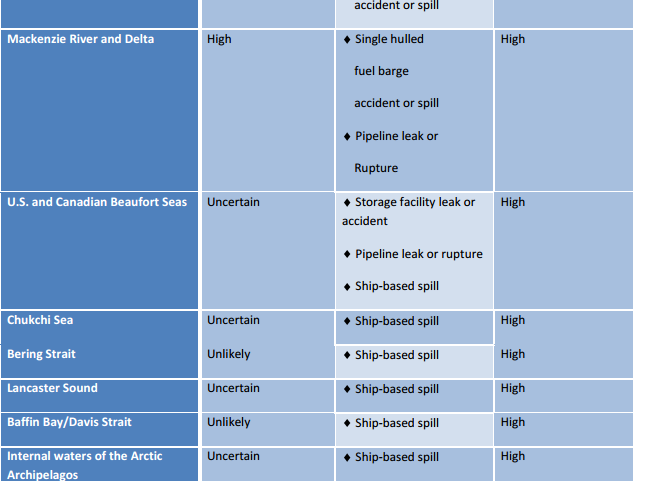 ...which makes me think that it will be difficult to convince most of the First Nations in the area to sign on to the scheme.

And, ironically enough, the whole plan relies on global warning making the shipping season longer and therefore "... lessen required icebreaker escort/support, decrease transit times, and require much less ice-reinforcement of vessel hulls."  The entire eighth chapter is given over to discussing how the changes in the ice environment should enable increased tanker traffic in the area.

On the other hand, the passages relating to the effects of an arctic bitumen spill (possibly catastrophic), and the nation's preparedness for such a likelihood (0) make for some grim reading: 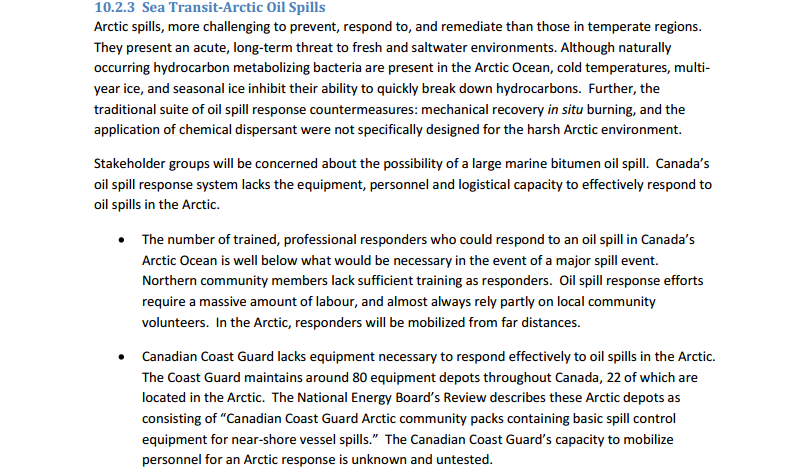 So there you have it.  Not really a serious alternative as far as I can tell.

Now you know why Harper has his annual jet-setting tour of the Arctic?