Wow! Those Trudeau Gaffes Are Just KILLING The LPoC 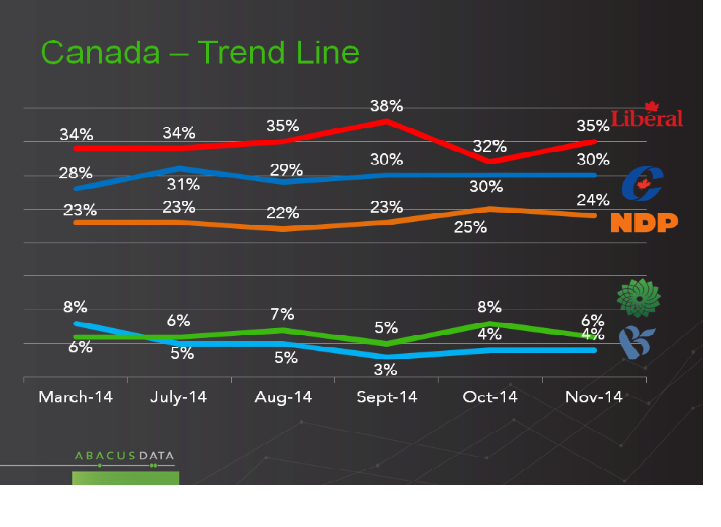 Posted by bigcitylib at 1:24 PM

Actually Mulcair's latest rant about Trudeau going public in throwing the 2 MP.s out caucus because they're accused of sexual harrassment does not seem genuine. Not sure what he's trying to accomplish on this one.

It's as though the NDP had hoped to embarrass Trudeau & the Liberal Party but they never factored in that he might act so swiftly and decisively.

If Tasha Kheiriddin had of uttered how Trudeau's move wasn't "leadership" one more time on P&Ps last evening I was going to throw a shoe through the tv screen. I can't remember a time he looked and sounded more leader-like in a live media scrum. It appeared he was almost channelling his father! Calm, coherent, somewhat condescending even. He even had the little flippant shoulder shrug down to a tee! Nope, I usually inwardly cringe when I hear he's about to speak live, but not last night. Well done!

Ekos has a much higher precision tracking...though I am sure the oscillations are more complicated than "Gaffes"