I Will Bounce No More, Forever

More evidence that the Tory uptick is over, though its from Forum, so take it with salt: 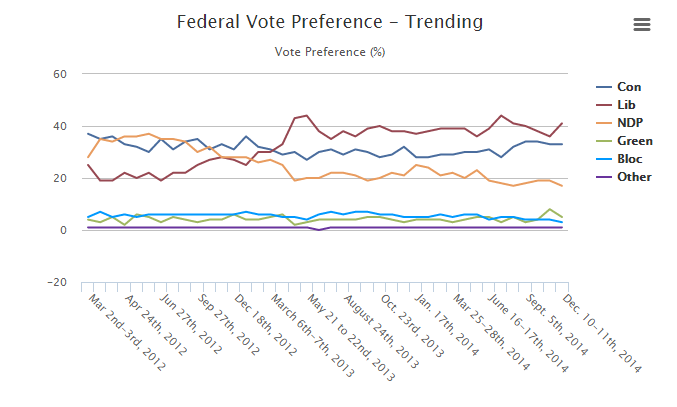 Although it wouldn't surprise me if it's real.  Most of the things the Tories have had go their way lately have been lucky bounces.  The Ottawa shootings stirred up some fear among the base; our action against ISIS scored them a few cheap military points.  More frightening over the medium term will be the government's ability to rain money down on targeted constituencies and an economy that may perform a little better in 2015, giving the CPC a measure of unearned credit.