My God, They're Everywhere!

In the wake of the Polish government's probe of allegedly Gay hijinks's in the world of the Teletubbies, cartoon characters worldwide are beginning to feel the chill. Some fear a witch-hunt, a return to the Bad Old Days. In England:

One radio station asked its listeners to vote for the most suspicious children's show. Some e-mailed in, saying that Winnie the Pooh had only male friends.

Listen to this statement from a tearful Popeye, who for years nursed a dangerous secret:

Popeye the Sailor Man, the animated embodiment of testosterone, lived in terror of being outed, as it would have ended his lucrative career. "Bluto threatened me with that a couple of times," he confesses. "

Other characters who might soon be hearing the knock of the Polish Inquisition include:

Evidence: Often stands with hand on hip. Plays a hairdresser in one episode. Frequently dresses in drag. Loves to throw on a top hat and tails and belt out Broadway show-tunes with his buddy Daffy -- who, it's worth noting, has a lisp.

Evidence: Robin's nickname: Boy Wonder. Batman's real name: Bruce. Both wear tights. They're in great shape. They like to show each other their "grappling hooks." 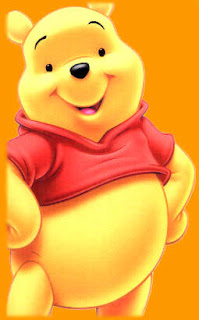 Falwell was on to these two years ago.

First they came for Bert and Ernie and I did not speak up because I was not a muppet... and so I said nothing.

Then they came for Barney The Dinosaur and I did not speak up because I was not a happy go lucky, carefree overweight purple reptilian children's show representation of an extinct dinosaur... and so I said nothing.

Then they came for Tinky Winky and I did not speak up because I was not a completely made-up, imaginary, stitched up piece of colourful cloth and stuffing... and so I said nothing.

For more of this harrowing tale, please read this chilling story.

Ah, the fabulous world of religious wingnuttery... it never fails to amaze and/or amuse.