Joseph Howe Institute Update: Its Ezra All The Way Down

To update this post, here's Ezra announcing the creation of the Joseph Howe Institute at the Canadian University Press NASH76: 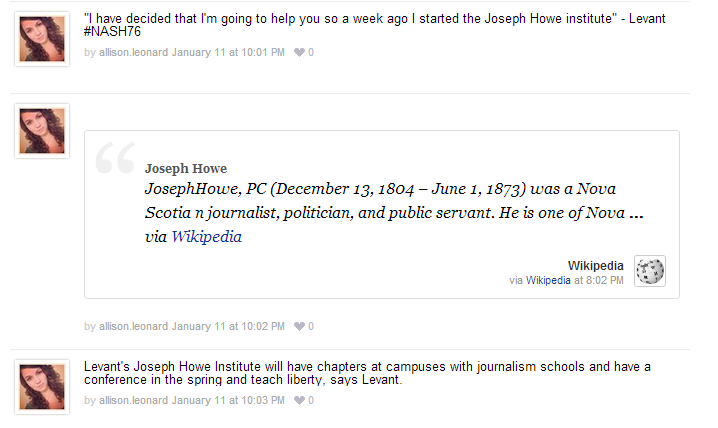 Pretty ambitious sounding, but looks so far its just him an his trusty web-master, Amanda Achtman:


@VoloDiscere That would be @AmandaAchtman  who does all of his websites.
— Bigcitylib (@Bigcitylib2) March 29, 2014

Although the kind of ambitions Ezra has are not matched by his financial resources, unless some larger entity is kicking in some money.  Worth keeping an eye on.

Posted by bigcitylib at 7:20 AM


...King's College University in Halifax conducts an annual Joseph Howe Symposium ( more than 10 years now) associated with their school of journalism---I wonder if they would be concerned about the use of this name ??

It's made with Wordpress, just like all the shittiest websites.

Somehow, the thought of Ezra Levant styling himself a "journalist" of any sort is somewhat offensive.