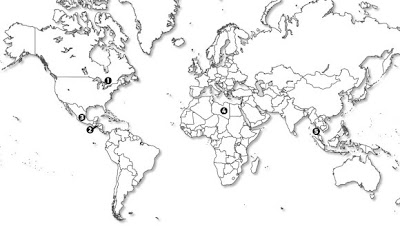 Residents complained of the stench and visitors were surprised to see the mounds of trash throughout the city that is known for its cleanliness.
Other destinations on the "Don't Go There!" list include North Africa and Honduras. Under mayor Miller, Toronto really has become "world class".

Exactly, we need a mayor who won't bend so much for special interest groups like unions and actually represent the citizens of Toronto.

Miller has to go.

Are the Leafs playing in summer now ?

we need a mayor who won't bend so much for special interest groups like unions and actually represent the citizens of Toronto.

The majority of whom don't even bother to vote in municipal elections. 39% turn out for the last one.

I didn't vote in the last one either, by the way. Mostly because it really doesn't matter. Then again, I don't bitch about Miller's or the council's performance, but, rather pay attention to systemic weaknesses that are plaguing the city.

Is there any way to recall Miller and replace him with someone possessing a spine?

The girlfriend and I are making a trip to Canada to see my parents soon, and we'll be deliberately skipping Toronto if the strike isn't resolved by that point.

By that time, the garbage should be piled up to the height of the CN Tower.