Did Noah Wrap His Animals In Packing Foam, Or Is It All Bullshit?

Apparently, a bunch of Chinese and American Evangelical scientists have found Noah's Ark on Ararat. You can read the story and see some video through the link. The problem I have with it is that the "snow" inside the Ark looks quite a lot like Styrofoam beads. You can see it at about the 1:45-2:05 point on the video, but there's a still below. The white spheres are supposed to be ice/snow. Note especially on the vid where the "researcher" runs his hands through them. They don't deform or crumble at all. 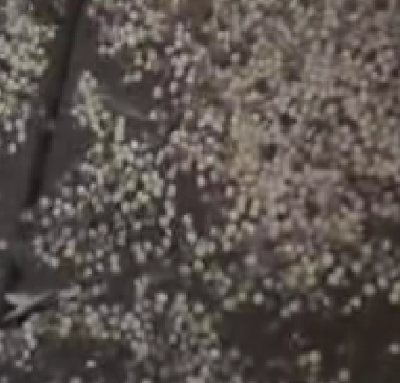 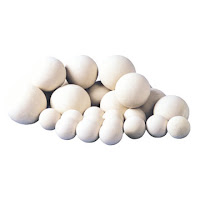 Note that Styrofoam snow is an old standby in Xmas tree decorating.

And here's a good explanation of what the "Ararat Anomaly" really is.

Update: Here's the vid. Look at the way the "snow" inside the "ark" behaves when the guy runs his hand through it just short of the two minute mark.

PPS. Can't see anyone's breath in the video either, even though they're on the cold slopes of Ararat. That's also how you can tell how the winter scenes were shot on an indoor set in old movies.

Look at the way the "snow" inside the "ark" behaves when the guy runs his hand through it just short of the two minute mark.

Snow with static attraction?
My, it's a miracle!

Yes, that 'snow' all looks odd. It has to be cold enough in there to show their breath.

Maybe it's not supposed to be snow. Maybe it's the remains of some critter's excavations?

LOL - the Think Geek snow was my first thought!
I am so in love with you - which means you're either female (and I'm not gay), married, gay or all three!