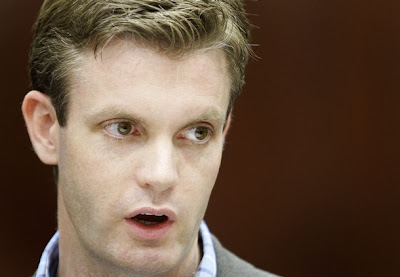 The verdict is in!  Ford Nation sucked monkeys!  Kory Teneycke has made an official public statement, but I have been given a secret recording, which I believe to be genuine, of what is purported to be  a dictation of the first draft of this statement.  As you can see, it is quite different from the amended version.

The Fords are "great TV but not necessarily great TV hosts," [Sun News vice-president Kory] Teneycke said.  "Also, Canadian "Crappy" Tire just told me if their ads were associated with this pile of chicken shit they would send in their lawyers pronto.  I am so fucked.  Just...so...totally.  Mom and dad, out there in Theodore Sask where I grew up and tried so hard to get out of...where cow-tipping is not an urban myth.  It looks like I'm coming home and if you need me to sleep out in the barn, than I'm OK with that.

You read it here first.

Posted by bigcitylib at 8:33 PM

My guess from reading Teneycke's comment is that it went beyond advertising. First, they already have Ezra, who has some practice with TV and nevertheless is a lawsuit magnet. Imagine how much editing it took to remove all potentially libelous comments from the Fords.

Then they have to deal with Rob and Doug Ford, who, other things aside, are nearly perfect assholes. I mean, we all saw their thug routine in the recent council meeting, and have read how Rob Ford treated his aids. Imagine being the PD for those guys. Or the guy who brings them water and orange juice. Or imagine waiting for filming to start only to discover that Rob Ford is already wasted. It would be like the famous asshole hollywood star of legend, but without the good looks or talent. Then, of course, the advertisers.