The Things CIJA Must Do 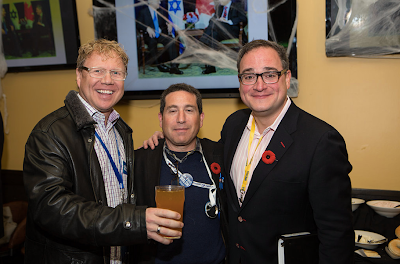 Arguably, they do NOT have to swap drinks with the likes of Ezra Levant, whose media career has been a series of brushes with the hate crimes unit, and the CBSC, the CBSC, and the CBSC again, for spreading hate the Roma, Indians, and others too numerous to count.

Posted by bigcitylib at 9:21 AM

Any photo with Levant, would become my least favourite photo.

Daniel Efosa Uyi said...
This comment has been removed by a blog administrator.
4:45 AM

As a member of the Jewish community I am really upset that some may judge us by the company that CIJA keeps. Most of us detest racism and bigotry and the shenanigans of Levant. Have no idea why CIJA would want to be seen with him!