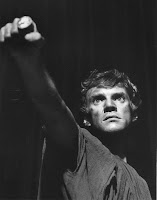 When I think of those new Senate appointments, I am reminded of I Claudius. In that book, the Roman elite were allowed to sodomize and assassinate one another and sleep with animals and, frankly, the people didn't care. In fact, they didn't even care when the Emperor Caligula appointed a horse to the Senate, so clearly, Harper has a fair bit of leeway. Unless he's done that already. I don't remember.

Anyway, it was only when the finances of the Empire got so screwed up that Caligula was forced to raise taxes that people got ugly.

Make of it what you will.

No references to Titus Andronicus here? I'm somewhat disappointed. Though I admit there was only rape and revenge murders in that play, Titus never actually raised taxes.

Hee-hee!
The lather "progressives" are in is priceless!
A dirty deed done dirt early and well! Many days for the electors to forget, especially with social media twitterring one's latest flatulence on current events.
A few good optic appointments just before the election and magnanimous is a word electors begin to entertain!
So hope to see you in four years!

Pedro, just what do you think you are accomplishing here? If it is to showcase yourself as a prepubescent asshat... well mission accomplished!

As to your assertion that progressives are lathering, I for one am laughing at you Harper-apologists right now. After spending most of his political career railing against dirty Liberal patronage appointments and championing a triple-E senate, Harper has shown himself to be a complete hypocrite. Now when he can no longer blame the Liberals for his actions, he still appoints failed hacks to the upper chamber.

I am curious Pedro, how do you square that circle? How do you convince yourself that Harper has not become the very thing that he once fought against... a dirty Liberal?

Also, why the quotes around the word progressive? Do you consider the Harper-conservatives more progressive than the party of Sir John A? Just curious.

Meanwhile, the size of the public service has increased by 13% between 2006 and 2010, and the public finances went from a multi-billion dollar surplus to the largest deficit in Canadian history in the same period = pure Canadian conservatism.

Why Stephen Harper will not appoint his horse to the Senate:

1) He doesn't own one.
2) He's afraid of horses
3) He promised he would never appoint a Senator bigger than Mike Duffy, or more of a horses ass.
4) He doesn't want a senator smarter than he is.

Look his face he is so much serious but hilarious.