Is Gerard Kennedy Too Pretty to Lead? 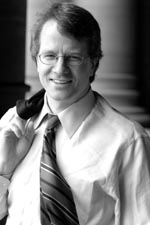 Gerard Kennedy is off to a fast start in the Liberal leadership race, having already garnered the support of a group of "young" Liberal MPs from around the GTA. But is it Deja Vu all over again?

Of course everyone remembers the 1996 Ontario Liberal leadership race, when Gerard came into the convention as the frontrunner, and lost after an "anyone but Kennedy movement" sprang up that gave the prize to Dalton McGuinty on the fifth ballot. Could history repeat itself?

My main contact with the Liberal Party machine at that time was through my wife, who was active in her old riding association and several Liberal Women's groups. I was often dragged kicking and screaming to their events, and sat quietly easting pastries while they discussed the issues of the day.

One thing I noted is how little these discussions, when they turned to the various leadership candidates, dealt with actual policy. Instead, it was all about: did X make time to speak to a particular group; how was Y dressed when he/she spoke to them; did he/she have any annoying facial tics?; did he/she rudely blow anyone off for asking silly a question? And so on.

I have actually learned to be more appreciative of these sorts of considerations in evaluating politicians. You are selecting a person as much as a platform, after all. But the bottom line was, these Liberal women hated Gerard Kennedy. And the same words came up over and over again: arrogant, preening, self-centered, pretty-boy. The impression I got here was that Gerard was the kind of guy you might catch fixing his hair in front of a mirror. And it was an impression that I heard over and over again from other sources through the course of the campaign.

Now, ten years is a long time, and Gerard has obviously matured as a person and a politician. However, it would surprise me if someone didn't attempt to stick the "slick, pretty, city-boy" tag on him.

Hopefully, he has learned, or learned to fake, Humble.

Posted by bigcitylib at 9:11 AM

Personally, I don't find him that pretty and neither do any of my friends. None of the Lib Leadership candidates are that pretty. In fact, now that you mention it, we seem to have a severe shortage of pretty politicians in Canada these days.