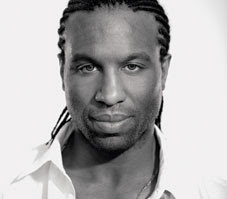 For Valentine's Day, the Assistant Green Party Leader spoke to Reader's Digest on all things love-related. No, I am not joking. Excerpts below, with my own annotations following George's remarks:

1. Let her talk.
When you let a woman talk, she goes home after and calls her friend and says, “Oh, my god, he’s the greatest guy in the world,” even though you didn’t say a word. So keep your eyes open and look as if you’re interested, even if you’re not.

OK. Me here. So this is the longest clip that I could find on youtube of Elizabeth May talking. Naturally, I have no idea what she's on about. But guys out there can use it to practice. Keep any responses down to "Mmm." and "Mmmm." Be careful of anything that sounds like a question; you might wind up promising a diamond or to quit drinking or something stupid like that.

2. Compliment her.
A lot of guys think they are too cool to give a compliment, but a woman loves hearing you flatter her. And if she asks you questions like, “You really think so?” tell her, “Yes, you look really good.” If you don’t say anything, she’ll feel that you take her for granted.

For example: Elizabeth, my truest darling, it was good that you chose to run against a sitting minister in 2008. It was very good. Because running against Peter MacKay demonstrated how stupid some of Canada's election laws really are. Because I was out on the West Coast at the time, and you were knocked off so quickly that they were announcing it in NS before the news blackout had even been lifted in BC. I was forced to get my information through illegal internet back-channels. So thank you, Lizzy, you taught us all something about democracy that day. And, sweetness, deciding to run in the Saanich-Gulf Islands next time out against another sitting minister...marvelous, Angel, simply marvelous!

3. Be a gentleman.
A lot of guys think it’s old school, but girls love feeling like a princess. Open the door for her—women love that. Guys don’t do that anymore, but that’s something really big.

Yeah. Don't act like those Green Party dickheads that have been trying to oust our sweet Lizzy May in the name of local democracy. They're a bunch of dick-heads.

4. Show affection in public.
Like holding hands and giving kisses sometimes, even just a little one on the neck. She’ll feel so appreciated that she’ll melt.

5. Remember the romance.
Don’t go to the movies. Have a candlelit dinner. To keep your relationship in the honeymoon phase, keep taking her out for special dates so she has a chance to dress up. She’ll feel as special as she did in the beginning.

You know, I searched through Google Images for a picture of Elizabeth May "dressed up", and threw in the towel after 6 hours.

Anyway, have a romantic Valentine's Day. Try and keep it sugar free.

Hey buddy, you own a mirror?

George Laraque is hot when he wear mens suit on his pictorial.