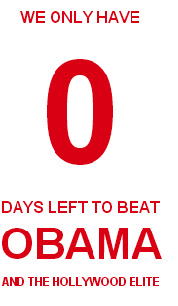 Paul Wells diagnoses the state of the GOP.  I would note also that the Republican nominating process has historically been a pretty orderly affair: typically, the guy that came second last time gets the job next time around. McCain and Romney, for example. But since the runner-ups in 2012 were all whack-jobs,  2016 will have no natural front-runner.  Expect an even more spectacular gong show, especially since the party's response to Obama's re-election will be to double-down on crazy.

I don't know about Wells' take. The Repugs could be headed for a civil war. The Angry Old White Guy vote is a dead-end street and the GOP is on the last block. What they're selling the demographic ain't buyin'.

Obama needs to press these buggers very hard in the coming months, cut out the moderates from the radical herd. If he can get moderate Republicans to start giving him the support he needs in exchange for measured compromise,it would be good for both parties. Last time Obama offered compromise without the essential quid pro quo. This time he has to be much smarter and terribly ruthless.