The Problem With Conservative Math... 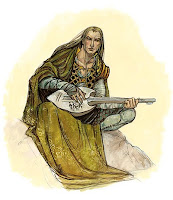 ...is it makes you do silly things:

OTTAWA - The federal government will unveil a sweeping package of reforms Thursday aimed at cracking down on refugee fraudsters, QMI Agency has learned.

Among other things, Ottawa will make it easier to kick out bogus refugees who travel back to the country they claim they are fleeing from for vacations, and will move to restrict the health-care benefits refugees receive in Canada while they wait for their claims to be processed.

Government sources said the package of measures to be announced Thursday is partly a response to stories QMI Agency published earlier this year about abuse of Canada's immigration and refugee system.

In August, QMI Agency reported on a secret government survey that showed that many Tamils who came to Canada claiming that their lives were in danger in their native Sri Lanka subsequently returned safely to that country. They would then come back to Canada and wait out their refugee claim.

In legislation to be tabled Thursday, the government will make it easier to revoke someone's refugee status immediately if a refugee claimant heads home for holidays, birthdays or to sponsor other family members.

"It's a serious problem," said one government source.

Well,the only serious problem in this case was with QMI columnist Brian Lilley's mathematical abilities, which assigned statistical significance to a "review of files" (not a "survey") that Stats Canada insisted did not have any. Furthermore, the new legislation does not seem to mention revoking the refugee status of someone who returns home during a lull in their country's civil war; since this is apparently what most of the Tamils in the Statscan report were doing, it wouldn't likely effect them one way or another. Which is an advantage of legislation based on fake math and aimed at fixing imaginary problems: only non-existent people get hurt.

More worrisome is this provision:

CTV News reported Wednesday that the new legislation will give the federal government new powers to detain migrants and human smugglers for up to one year or until their identity and status is determined. The network also reported that bogus asylum seekers will remain behind bards until they are deported.

Maybe its just because I hate the sound of the lute, but forcing refugees to remain in proximity to travelling songsmen is akin to torture, except that when you are water-boarded at least you eventually pass out.

I had to write my own bit on this. Gave you the h/t.

Arggh. THis is disturbing. The Opposition needs to get to the bottom of how that badly misinterpreted & over-hyped "survey" ever got into QMI's hands in the first place: did the PMO leak it to their favoured propaganda organ, so they could scandalize, then appease the base? That's like the Communist or Banana Republic countries!

Actually, the CBC report on the radio this morning didn't mention the first provision at all. So I wonder if the QMI people were fed a bit of a line. We shall see.

Terence, thanks muchly. Will give your new gig a shoutout tomorrow. What does this mean for Western Standard?

Can't speak for the other guys (Peter and Mike), but I was fed up with having to cater to social conservatives. Even if it was more through omission (like not saying exactly what I wanted to say.)

Also, the Standard's website technology was ancient and inflexible. A real mess.

So officially, I'm no longer connected to the Western Standard in any way. I'll be blogging at The Volunteer from now on and you are all invited to come visit.