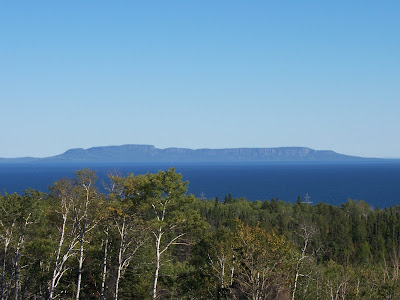 That's The Sleeping Giant? But it's just a bloody big rock. This guy has it right. Niagara Falls would be far better as Canada's No. 1 natural wonder. It takes a whole eight minutes watching water pour over Niagara Falls to get bored.

PS. Was voting for Barbara Amiel's chest an option? It has been described as a natural wonder, in fact as an "act of God" , by some men. (I am assuming of course that Pam Anderson's wonders do not qualify as entirely natural). 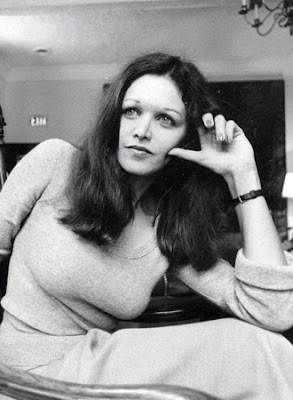 No Contest.
PPS. How does a post like this manage to appear on a Progressive blog roll? What exactly about it is supposed to be progressive? Shouldn't we have a long, aimless debate over what constitutes progressiveness, maybe vote to ban something, somewhere?

Posted by bigcitylib at 9:15 AM

Yeah, the Rockies are over-rated. That misshapen lump is waaaaaaaay better.

You're speaking of the Sleeping Giant, I assume.

bigcitylib said...
This comment has been removed by the author.
12:03 PM

Had I known Barbara was in the running....

Of course, Larry's big story of the day at Uncorrected Proofs is not about Niagara where he lives, but rather, James Curran.

Yeah, well, good luck with all that, James.

Progressive . . . someone who enjoys having their head stuck up their arse.

"Progressive . . . someone who enjoys having their head stuck up their arse.

Ah, the pointed barbs and rapier wit of a Conservative - always devastating. Noel Coward must be looking down (or possibly up) with envy.

Now, shouldn't you get back to blogging from the dog's point of view?

Progressive . . . someone who enjoys having their head stuck up their arse.

Now don't be too hard on the anony-clod (hi Kate!), BCL. You did invite everyone to have an aimless discussion on the definition of progressive, and lil' 'nony here was just following orders.

Anything that ridicules Barbara Amiel is progressive, as far as I'm concerned.

Isn’t the “sleeping giant” a term that Barbara uses in reference to a certain part of Conrad Poo-Bah’s anatomy?