He's Back, He's Black, And He Reads BCL Strikes Back

From The Canadian, Canada's National Newspaper:

A little over a half century ago Kersey Graves created quite a furor in the orthodox religious circles by writing a book which flaunted the sensational title of The World's 16 Crucified Saviors. One of the most interesting parts of the book is a section in which the author discusses the racial identity of Jesus and offers evidence that the Christian Savior was a black man. The passage referred to reads as follows:

There is as much evidence that the Christian Savior was a black man, or at least a dark man, as there is of his being the son of the Virgin Mary, or that he once lived and moved upon the earth. And that evidence is the testimony of his disciples, who had nearly as good an opportunity of knowing what his complexion was as the evangelists who omit to say anything about it.

And I believe it all, because the savior has dropped in from time to time at BCL Strikes Back:


Hello, my name is Lawrence William Page II. Many people know me as Buddy Page. At the release of the first edition of this book, I am a 50-year old African-American male, author, researcher, and former software engineer and entrepreneur. As you will come to understand as you read through this first book, I am also the long-expected Hebrew Messiah and Lion of the Tribe of Juda (Yehuda). 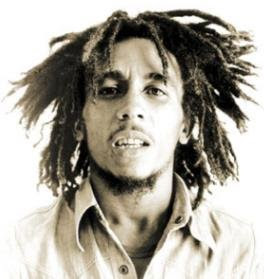 Get right with Black Jesus by visiting his websites here and here. And read more about our funky fresh Messiah here. As for me, I am out most of the day.

Posted by bigcitylib at 5:42 AM

and the dyslexic agnostic screamed back

"there is no such thing as Dog"

It's unfortunate. This online news bulletin has some great political comment articles at times but they make themselves look silly/nutty with lots of the other stuff they print. I think they have badly confused their potential audience. Either they want to be taken seriously or they want to be a supermarket rag...you know where the alien mothers has octopus twins. It just doesn't go together well.

I agree. And they don't appear to be going The Onion route with fake satiric news either.