While the Toronto Pride Parade has lost funding, Lethbridge's Whoop-Up Days has been green lighted to receive federal monies this year. Thus fuelling accusations of homophobia on the part of the Harper Tories. But how non-gay, really, is Whoop-Up Days? Here's a few images from Whoop-Ups past that I at least find very...suggestive. 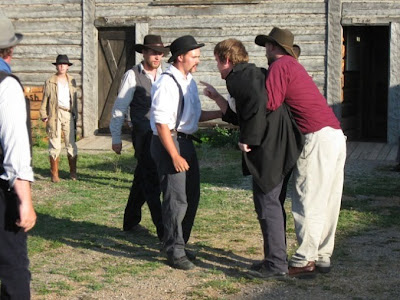 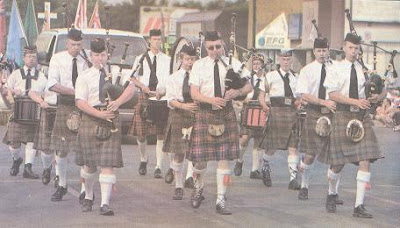 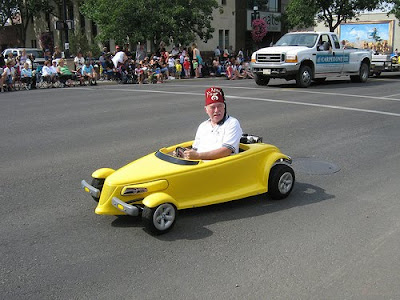 They had tons of Shriners in Sodom and Gomorrah!

So I'm doubting whether the Tories are against the Pride March as such: it seems to me they just want to relocate it to Alberta.

I always wonder about the Shriners. Are they a gay organization? Their funny hats look kinda gay. Are they like the Stonecutters?

How about that.. I find out about governent funding coming to my hometown from BCL.

I'm really not sure why, to be frank, the Federal Government needs to be sending tax dollars o any parade, gay, "whooping it up" or otherwise.. can you say "pork".

Next thing you know, Rick Casson will be supporting a motion to allow for Shriner Marriages.

I'm sure the Tories feel awful about redistruting the pork to their own ridings. One they, no doubt, they'll end the practice and govern according to principle.

Of course all are under the direct influence of the Illuminati, so really just like comparing McDonalds to BurgerKing.

Didn't they film Brokeback Mountain in that neighbourhood? How could you not take this opportunity to show the photo of Dear Leader in his leather vest and cowboy hat?

Yee-haw! First good laugh of the day. Thanks, BCL.

SQ: Ask, and thou shalt receive.

That's is really cool,they are all wearing skirt rather than suit