They Painted It; Then They Ate It 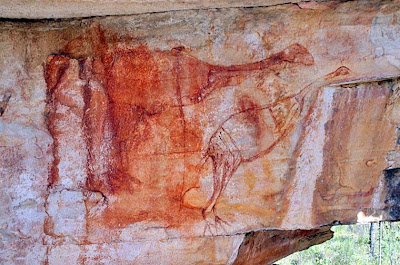 Since Genyornis's extinction date has been traced to 40,000/50,000 years ago the painting probably dates to around that period, which would make in Australia's oldest known example of cave art. Since the beast's numbers declined very quickly after humans arrived in Australia, the most popular explanation for their demise is that they were hunted to death. Here's another picture: 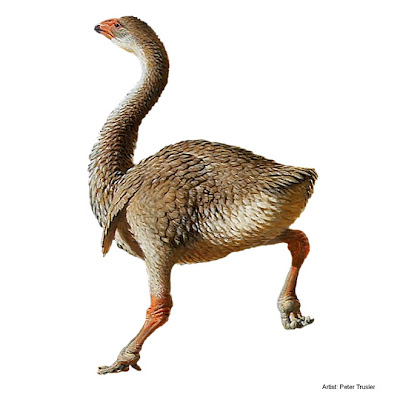 About the same height as an ostrich, but twice as heavy, so about 500 to 700lbs.

Sesame Street's Big Bird just your blog and he is pissed!

Anonymous said...
This comment has been removed by a blog administrator.
2:42 PM

man, some of the commentors at the australian site seem determined to poopooh what the paleontologists claim on the basis of the newspaper picture.

What is going on with attitudes treating the wonder of discovering more than we thought we knew like some kind of trash? We used to breathe "kewwwllll" when connections were made like this. Ok, at least I did as a kid.