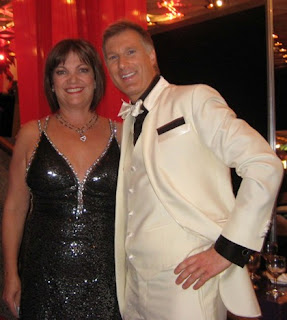 She's hot, whoever she is.

Do you have a Librarian thing for E.May too?

When did TMZ take over this blog?

No more fetishes, too many young liberals are on the war room payroll and may get ideas for another photo contest.

Bernier looks like a second rate circus barker.... how appropriate....

Hey, maybe he was with Beauce Carnaval, the travelling midway that toured Northern Ontario during my youth? Maybe he's the carnie who knocked up my cousin Anita?

Maxime, you dead-beat. You owe her child support!

My, my, my, my, my!! I have been under the misapprehension that men of Maxime's bent, liked skinny women. Who ever she is, she needs to know she will never be taken seriously in a relationship with the capital M.

You do know that is Sheila Copps former Liberal Cabinet Minister and Deputy Prime Minister you are making fun of right?

Way to keep getting those female votes for the Liberal Party.

She actually looks much better than the last time I saw her at the Liberal Party in her honour.

You do know that is Sheila Copps former Liberal Cabinet Minister and Deputy Prime Minister you are making fun of right?

If you take this straight up, it's categorically no different than what Copps endured at the hands of Conservative MP's at the time. Remember when they called her a slut? When they accused her of wearing of necklace that was bought from her husband "drug profits?"

Sauce for the gander...Or in this case, the cock called Maxime Bernier.

It's an inappropriate and disrespectful post, not helping Liberals to attrtact female voters.

Ps It doesn't look like any Conservatives or Mr. Bernier are disrespecting Ms. Copps just Liberal boys, as usual.