Your Tax Dollars At Work!! 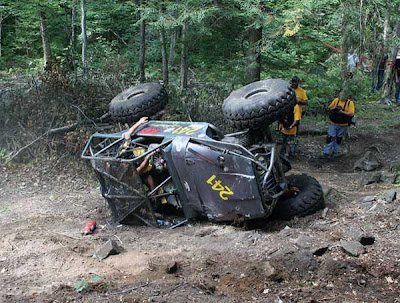 This funding (about $21,000) from the Canadian Periodical Fund, which in an earlier incarnation provided monies for small circ. Lit. magazines of the kind that have launched the careers of so many Canadian authors.

Posted by bigcitylib at 9:41 AM

Not sure I get your point. Are the people who write these articles less worthy than authors in small art magazines or other similar publications. If the Libs want to promote art and literature who gets to draw the line. Perhaps if you listed more qualified publications(in your opinion) that were denied funding this post might gain some perspective.

Yes they are. Furthermore, you get far more bang for the buck funding a lit magazine than something like $WD because, essentially, creating Margaret Atwoods (each of which functions as a one-person cottage industry) doesn't cost a lot of money. As for two mags put in trouble by this shift, I believe Malahat Review is one (has published some of the best authors on the planet), and I'm not sureabout On Spec, which is one of Canada's few idigenous sci-fi mags.

Un-fucking-believable. Both the story and bubba's assertion that 4-Wheelers are as culturally significant as literature.

I'm curious how the conservatives will justify this? How exactly will this lead to an improvement in the economy? Will the magazine be forced to add something to the inside front cover that says "Canada's Economic Action Plan at work"? This would be similar of course to the snow mobile trails in Quebec with Economic Action Plan signposts.

I would really like to see some kind of road map indicating how the money introduced here will trickle out and improve the well being of the general population of Canada. This seems like another thinly veiled attempt to target people that already most likely vote Conservative. Remember how it seemed like early stimulus spending was going primarily to Conservative ridings? Same thing here it seems.

In other words, this is lame.

$21,000 to any magazine people are willing to read puts printers, editors, authors etc.to work. If the plan is for this to become a self sufficient business through sales and advertising this is a good investment. Just as any other Mag that can demand a following.To say they are less worthy of support is a little "elitist".This is a periodical it is a periodical fund. Just because it is not "classy" enough for you to read doesn't mean it should be denied support. Do you have links to other perodicals that lost funding. If not this is a very hollow argument.

bigcitylib said...
This comment has been removed by the author.
10:53 AM

Haven't seen a list, but the 5,000 circ cut off point puts almost all Canadian lit mags out of contention for funds. And giving literature a higher place than puttering about the back-woods in a motorized buggy is not elitist. Its common sense.

Both the Pubs. you listed look like they are going strong and list Fed gov't as supporter. Why deny a different genre the same support. If it Creates 3 jobs that is 7,000 per. Find any stimulus plan that effective.

So the people who enjoy reading about 4 wheeling are less worthy. That is good to know. I enjoy literature and reading about 4 wheeling where do you rank my inerests. Since you are the best judge I will defer to your opinion as i am sure you will not respect mine or I am thinking the majority of us unworthy citizens. Thanks for sorting this all out for us.

Not unworthy of life Bubba, but your magazines are unworthy of gov. funds when this involves cutting funding to magazines that both serve a greater purpose and, economically, pay a better rate of return.

You know, Bubba, The Western Standard, when it was in print, received government funding under the publications assistance program. Even though I thought it was a crap rag with few editorial standards *and* advanced a world view I oppose, I still believed it was entitled to that kind of funding because that's what that type of funding is supposed to do: promote cultural products that don't have the market appeal to be self-financing.