Dalton, You Magnificent Bastard! (Plus! John Tory on YouTube!) 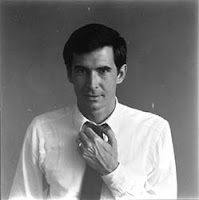 It's funny, I have never really thought of Dalton McGuinty as a large "P" Politician. He always seemed a relatively decent, relatively competent technocrat that you could trust not to screw things up too badly. I would never have thought him capable of anything as crass as renaming the 401 or, now, promising a new holiday in February. What's he calling it again: "Free Candy Day"? No, "Family Day". This announcement is like making a trick shot in pool: poach from the SoCon base via the name, and meanwhile polish your "workin' man" creds by promising Ordinary Ontarians another day off every year. And he did it just "two hours before Progressive Conservative Leader John Tory unveiled his campaign buses"!

Plus, for this Monday morning, a special bonus John Tory screw-up caught on You-tube! Apparently, he doesn't think much of the University of Ottawa:

Update: This morning John Tory issued a grovelling apology for insulting the U-of-Ottawa.

Posted by bigcitylib at 5:38 AM

Years ago on Jeopardy, Alex asked an Ottawa student contestant "Do you go to University of Ottawa, or the dreaded Carleton?".

Carleton student council, infected with professional victims as one might suspect (and a little sensitive after their 44th out of 47 ranking among Canadian universities), threw a conniption and demanded an apology, pony, etc. from the U of O graduate Trebek.

I believe his response was "get a sense of humour", and that is the appropriate response to this video. I don't think it was the brightest thing to say to a voter, however Tory is from Toronto, and that's what passes for polite there, so give the guy a break.

He's all your's there buddy, all yours.

Out West where they already have an extra holiday?

McGuilty should have been thrown out of office for incompetence. Like every Liberal politician.

In the ssame way that the Harris/Eves tories were shown their ass for fucking up Ontario?

Strange, there hasn't been labour unrest since the liberals got in. Seems, they are liked also. The only rpoblems we've had is some terrorist farmer screaming to starve the cities. Oh look, he's running for the PC's. PC's support terrorism.

Boy some anons are really stupid asses aren't they? Look at their comments - they give the rest of us anons a bad name.

You know, we the public don't give politicians any choice really - we force them to "politic" as they say and then we bitch abaout it.

Rename a "small section" of 401 and the worlds going to come to an end. Give us a day of in February, which Harris nixed years ago when the idea came up because corporate Canada didn't want to lose money giving a day off to employees - so what - politics or not, give us the damn day off.

I went to U of Zero. Used to get it from Carleton friends all the time. At least we still have a football team. No one who went there is going to be offended by that comment. If they are, they're probably too PC to vote PC anyway.

Did I read that Dalton voted against "Family day" twice on private members bills? If this is true, well that would make him.......Dalton! Its only a good idea when it is his.....
What a Liberal!

He's just a bastard. There's nothing magnificent about him.

I go to the U of Zero and have a degree from there - and I'm not offended in the least!

I'm much more offended by how Tory still asserts that under MMP there would be "appointed" MPPs ...

They are appointed? I thought it was based on popular vote.

Now contrast what John Tory says with what Harper and Co did in BC with that skanky ex-mayor. That would have been a real appointed MP and from his own brethren.

Brilliant of you to post the pic of Anthony Perkins, BCL. Separated at birth?

Jay,
You're right, list MPPs would be elected based on the popular vote their party receives.

John Tory's prancing around Ontario saying they'd be appointed though ... not cool!

I just wish it was '03 again and Ernie Eves was back: psycho vs Odo (Star Trek: Deep Space 9)

Hmm. John Tory says that MMP MPPs would be appointed. Surely he-e-e-e-e wouldn't think of appointing his own party's province-wide candidates under MMP. Or would he? I don't think he would sink low and start appointing candidates. After all, Conservatives believe that democracy belongs to the people, not just party leaders who appoint candidates.

I don't remember you using Anthony Perkin's picture in a Dalton post, but then..who can tell the difference, really.

...goes to show. I'd still rather vote for a faux-Psycho than a re-iteration of "Harris Part Two...The Tory..ing!"

Proves yet again that Liberals have absolutely no sense of humour.

Everyone but everyone (even Mark Steyn) acknowledges that conservatives have no sense of humour. And he should know...the last joke he encountered was that twit of a wife of his.

Not so. Liberals have a great sense of humour - look who they elected as Leader!

Thanks ti-guy, what better proof could a guy ask for. But you're not just hilarious, you're a joke!