Our National Symbol: Alternatives To Beaver

Tory Senator Nicole Eaton suggests the polar bear, which is alright.  I mean, the beaver is alright too--it isn't like Canadians don't have better things to argue about.  But as long as Ms. Eaton has taken us down this road, I would like to offer a few other suggestions for the role: ﻿
Like the polar bear in some ways--a big, burly, he-manly beast (even the female bigfoots--note the pendulous breasts in pic above).  Capable of primitive vocalizations, but prone to running off into the woods when approached by media, and giving straight yes or no answers when interviewed for a government photo op.  Like talking with hockey players, in other words.  Not like some other indigenous types I could mention.  Not that there's anything wrong with that.  But a national mascot should probably keep its mouth shut, and not be constantly protesting its rights and shit.  Despite their size, in other words, Bigfoots seem to be pretty docile.

There's also the fact that Bigfoot has been a huge tourist draw for this nation over the years.  I mean, if you weren't searching for Bigfoot, why else would you visit Prince Albert?

Now, if we are actively seeking some kind of compromise between Polar Bear and Beaver, I might suggest: 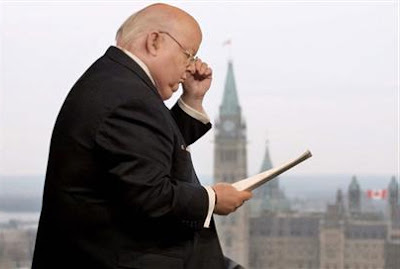 Almost as pale as a polar bear, he could definitely give one a tussle in a belly bump contest.  Nevertheless Duffy also resembles the industrious beaver in that if he ever stopped eating, his teeth would continue to grow until they popped out through the top of his skull.
On the other hand, if pure elegance of form, sheer sexxxiness, were what we wanted from our national symbol, I would propose: 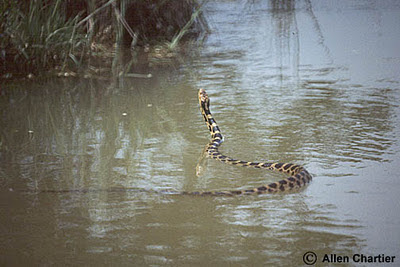 I am almost without words.  Its threatened.  It's snakey.  It's soooo damned sexxxy.

But if you want to go with sexxxy, and lose the snakey, I would probably put forward as my last and preferred choice: 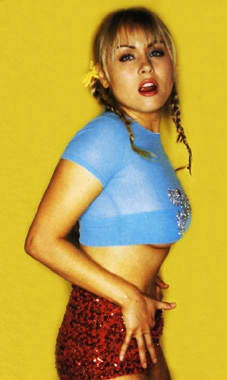 Now, you can't have a single person as your national mascot, because they'll just get old and die on you.  But we might designate "Mitsous = little blond sex-bombs from Quebec" as an honorary species, which we could then officially adopt.

Afterwards we could enact a program to preserve and enhance their population, which would almost certainly involve handing out candy.

"Bigfoot" is an American term.

Canadian creatures of this sort are known by the more impressive name of the Sasquatch.

The Canadian national animal, whatever it may be, should not be a US citizen.

I think the new national symbol should be a big hairy and smelly asshole because that's what we've unfortunately become these past six years.

That looks more like a bullsnake than a fox snake to me, BCL.
But I'd vote for the fox snake in a flash. One of the few Canadian herps with a range largely in Canada.

All of your mascot are belong to us.