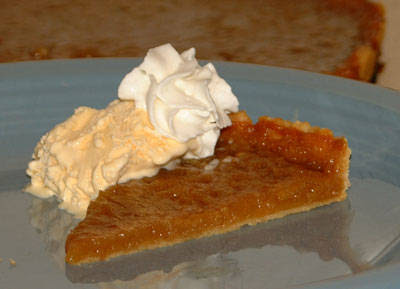 ...went off yesterday at Cafe Du Lac on LakeShore.  It was a small but ebullient group, including Imp, James Morton (thanks for the pen, dude!), Gritchik, Carey Miller, Scott Tribe (a few pics through the link), and  Ricky from Queer Thoughts, among others.  Particularly nice to see Ricky again, who seems to be a chronic for these blogger get togethers.  He's also in deep with the Federal NDP, and afterwards I made my standard pitch to him for a Senate appointment for me and the wife should the NDP ever achieve government.  I mean, my heart's with the LPoC, but if they can't come through then whatever.  Brian Topp's already been emailed my CV.

I also wound-up between Nancy and Gritchik, which was the best seat in the house.

As for the food at Cafe Du Lac, after a pretty good salad the real magic happened.  I have actually never eaten poutine before and, since my heart and arteries have already sent me a cease and desist notice, probably won't again for awhile.  But it was quite wonderful.  Amidst the pile of fries, curds and cheese, lay chunks of braised short ribs, and although you might think a sweet meat might not work in this context, it did in the most awesome fashion imaginable.

Dessert was a Quebecois Sugar Pie, which looks like a withered pumpkin pie, but is almost orgasmic in its sugary intensity.

Time well wasted, in other words.

Posted by bigcitylib at 4:21 PM

PS I nearly stole your dessert.