McGuinty Refuses to Distance Himself from Smear 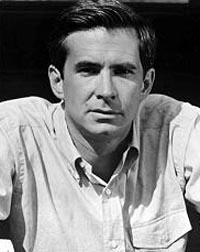 The smearing of NDP candidate Cheri DiNovo has made the MSM, and is in danger of sucking Premier McGuinty into the mud:

Despite being asked repeatedly this morning if he wanted to distance himself from the smear tactic, McGuinty said only that the Liberals are campaigning on their record.

Actually, no Dalton, they're engaging in a sleaze campaign, both online and in the real world.

And, Dalton deary, it is entirely unnecessary. A better candidate would have carried this riding easily. Furthermore, next year's election is still pretty much in the bag for the Ontario Libs unless you manage to shoot yourself in the foot by, for example, getting caught with slime on your hands.

In fact, I don't know why you are bothering to associate yourself like ratbags like Kinsella in the first place. After four relatively successful years in office, a deficit finally slain, you can run a front-runner's race in 2007 based on both your government's record and its promises for the future. What you need to employ a dark op specialist like Kinsella for is beyond me.

Posted by bigcitylib at 2:47 PM

Wait a minute that phot aint of Dalton....its that guy who dresses up like his mother and attacks women in the shower..a slimer Alfred Hitchcock

Shhh! Nobody in Ontario can tell the difference!

Funny, I thought that was Cherniak.

Just so you know, Rob at MyBlahg has a posting showing that DiNovo has raised and extra $1000 just due to the slime attack from Cherniak and Kinsella. And that the riding has gone from a 25 point Liberal lead to a dead heat between the Libs and the NDP.

Call it the Law of Unintended Consequemces. Or Blowback. Take your pick.