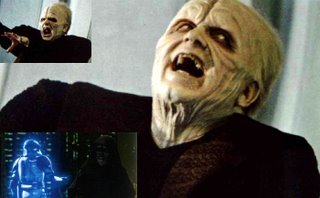 Frankly, I hate violence, and I hate to see Muslims out there faking outrage and killing people and bombing churches whenever somebody criticizes their religion. But on the other hand, the latest Pope is such a noxious, charisma-less midget that I am kind of glad to see him brought low at the same time.

And he was uppity enough to Diss Canada the other day, too, for not being hard enough on gays and for supporting a woman's right to choose. Now, I'm not saying anyone should get violent, but I bet if every Canadian that read BigCityLib Strikes Back went out tonight, parked their car in front of a nearby Catholic Church, and put some early Madonna on the stereo--maybe "Like A Virgin"-- and cranked it to 11, we could have the local priesthood on the phone to the Vatican in minutes, begging for mercy! Soon we too could have our own official Papal Apologia! Maybe even some free coupons for next time we visit Vatican City! Maybe they have a roller-coaster over there!

What say you, loyal minions? 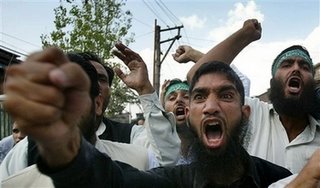 THIS COULD BE YOU, BUT WITH MADONNA'S LIKE A VIRGIN PLAYING IN THE BACKGROUND!!!

Posted by bigcitylib at 4:31 PM