Cover Our Photo-Op, Use Our Photos 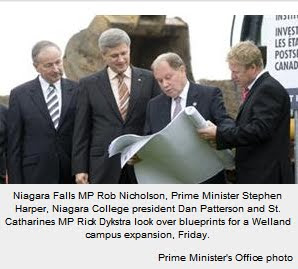 "What next, the story will be written by the government?" says the tipster.

All nine photos in Maclean's Beatles-PM photo spread -- including three used on the cover -- taken by PMO photographer.

What? You mean that spontaneous act, done not for politics but for the love of his wife, actually had a PMO photographer in attendance?

I am so disappointed!

Sure reduces the credibility of Macleans

Oh ya, it's that funding thing.

Sure reduces the credibility of Macleans

The online publication is crap. As for the print product...well, I can never make it through an entire issue before I end up feeding it into the shredder, page by page, as soon as I read the first paragraph of Mark Stain's latest horror.

How does this woman keep a job?

Maybe Maclean's should offer to trade with the Globe for Jane Taber.
Who to offer??

How does this woman keep a job?

She's not someone who has much invested in her credibility. And it's impossible for her to feel embarrassment.

Anyway, she keeps her job because that's her only goal...to keep her job.

Maybe Maclean's should offer to trade with the Globe for Jane Taber.
Who to offer??

I'd say Paul Wells, but he still believes Maclean's is going to triumph with serious political analysis in long-form journalism.

Sure. With average attention spans now being measured in nanoseconds, that'll happen.