Its Not Canada's Money, Its Pierre Lemieux's 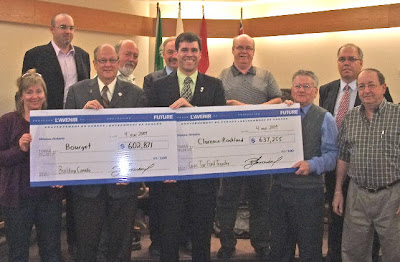 Posted by bigcitylib at 4:08 PM

Creepy Pierre Lemieux. Now there's someone who's got a couple of suspicious mounds in his basement.

Here's another one for you.

Robert McClelland said...
This comment has been removed by the author.
5:17 PM

And Bruce Stanton likes to put his mug on his novelty cheques.

Cleaning up government begins at the top.”

Stephen Harper did, that's who.


We are waiting for the cleanup to start............ah yes we need a liberal government to do that because Tories are sleazy.

I love you, Robert McClelland.

Everybody gets a novelty cheque.

I'd say I'm disappointed, but this would mean saying that I had expectations.