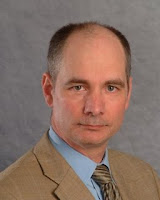 ...cancelled due to nobodys' giving a shit.

But who would give up a chance to see Gerry Nicholls? Unless of course one were scheduled to bathe one's hamster that day.

Posted by bigcitylib at 3:50 PM

Christ, they should have marketed that event to lib-lefties. Who wouldn't pay cash money to attend a spectacle like that?

The worse part was when my mother siad she wouldn't buy a ticket!!

*blush* Good thing I only called him "Pickles."

I note that some of the blogging tories are starting to censor their blogs as the damage maybe getting too great.

"I note that some of the blogging tories are starting to censor their blogs as the damage maybe getting too great."

Funny, I actually checked out the Flogging Bories forum last night for the first time since the January budget, just to see if all the pork-barrel stories are starting to affect the old Reform base. Takes a while to go through all the posts from the pathetic self-serving Harper-apologists ...but sure enough!

I think it's going to take a while for all this to resonate with the public and seriously affect the polls. But with every new little story about patronage here, patronage there, and uncontrolled tax-payer advertising being reported by the media, the polls will get steadily worse for the CPC over the long-haul.

And of course the faint grumbling happening now will get louder with each drop in the polls. Then, when the inevitable occurs and a full-fledged pocketing of tax dollars by CPC-friendly businesses is discovered - then you'll really see the old eastern Tory vs western Populist divide become noisy.

It seems nothing pisses off the ultra-right wingnut base more than when their own are in government and they mutate into ‘dirty Liberals’. Of course history shows they are always worse than the Liberals ever get. I mean seriously, this ‘Adscam’ crap they keep harping about found a handful of Libs guilty of defrauding their own party. The amount ‘stolen from the taxpayers’ is much smaller than the total cost of the RCMP investigation + Gomery Inquiry + court cases that it spawned. Yet Harper & Co. are leaving us with a $60 billion dollar debt (probably higher) from a spending spree smack full of patronage. Some perspective please?

Anyhow, once the reality of the situation hits them, it will be fun to watch the Cons disintegrate …again!
So ends my analysis on the Future Of Conservatism In Canada :)